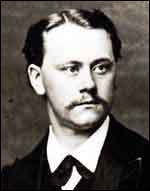 Duparc was born in Paris. He studied piano with César Franck at the Jesuit College in the Vaugirard district and became one of his first composition pupils. Following military service in the Franco-Prussian War, he married Ellen MacSwinney, from Scotland, on 9 November 1871. In the same year, he joined Saint-Saëns and Romain Bussine to found the Société Nationale de Musique Moderne.

Duparc is best known for his 17 mélodies ("art songs"), with texts by poets such as Baudelaire, Gautier, Leconte de Lisle and Goethe.

A mental illness, diagnosed at the time as "neurasthenia", caused him abruptly to cease composing at age 37, in 1885. He devoted himself to his family and his other passions, drawing and painting. But increasing vision loss after the turn of the century eventually led to total blindness. He destroyed most of his music, leaving fewer than 40 works to posterity. In a poignant letter about the destruction of his incomplete opera, dated 19 January 1922, to the composer Jean Cras, his close friend, Duparc wrote:

He spent most of the rest of his life in La Tour-de-Peilz, near Vevey, Switzerland, and died in Mont-de-Marsan, in southwestern France, at age 85.

Duparc is buried at Père Lachaise Cemetery in Paris. A square in the 17th arrondissement of Paris, near the rue de Levis, is named in his honor.

Writings by Henri Duparc (in French)

Monographs on Duparc (in French)

Other articles and writings about Duparc (in French)

This article uses material from the article Henri Duparc (composer) from the free encyclopedia Wikipedia and it is licensed under the GNU Free Documentation License.