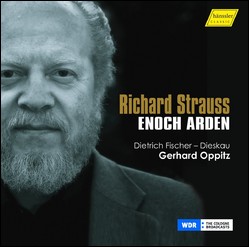 He studied with Paul Buck, Hugo Steurer and Wilhelm Kempff. In 1981 he was appointed professor at the Hochschule für Musik und Theater München[1] – the youngest in the history of the institute – where he still teaches. As a soloist he has appeared with many famous conductors and orchestras of the world. In the summer 1977, at the age of 24, Oppitz was the first German to win the Arthur Rubinstein International Piano Master Competition in Tel Aviv, Israel.

Performance of cycles of complete piano works feature strongly in his concert repertoire, including Schubert's and Grieg's solo piano works and the sonatas by Beethoven and Mozart's sonatas and, especially, the complete works of Johannes Brahms. He has recorded the challenging Max Reger Piano Concerto Op. 114 with the Bamberg Symphony Orchestra and conductor Horst Stein.

In 2009 he received the Brahms-Preis from the Brahms Society of Schleswig-Holstein.

Among his students are Valentina Babor and Milana Chernyavska.

This article uses material from the article Gerhard Oppitz from the free encyclopedia Wikipedia and it is licensed under the GNU Free Documentation License.

Ludwig van Beethoven Leonoren-Ouvertüre Nr. 1 op. 138
Update Required To play the media you will need to either update your browser to a recent version or update your Flash plugin.