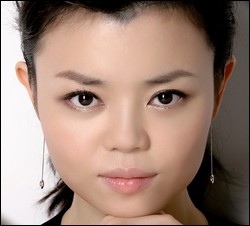 Both of her parents were members of an art troupe in the People's Liberation Army, and later transferred to the Performing Arts Group of Chongqing City. Her father played the French horn, and her mother was a ballet dancer.

She began to study the violin at the age of five, but soon switched to piano. Her first piano teacher was Dan Zhaoyi, who also taught Yundi Li, and she pursued further studies with Joan Havill at the Guildhall School of Music and Drama. She also received coaching from Fou Ts'ong for a period after the 1996 Leeds Piano Competition.[1]

She currently resides in Hanover, Germany.

This article uses material from the article Sa Chen from the free encyclopedia Wikipedia and it is licensed under the GNU Free Documentation License.