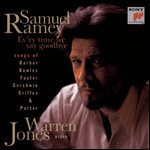 At the height of his career, he was greatly admired for his range and versatility, having possessed a sufficiently accomplished bel canto technique to enable him to sing the music of Handel, Mozart, Rossini, yet power enough to handle the more overtly dramatic roles written by Verdi and Puccini.

After further study in Central City (where he was in the chorus of Don Giovanni in 1963, with Norman Treigle in the title role) and as an apprentice with the Santa Fe Opera, he went to New York City where he worked for an academic publisher before he had his first breakthrough at the New York City Opera, debuting on March 11, 1973 singing the role of Zuniga in the 1875 Bizet opera Carmen, after which, among other roles, he took over the Faustian devils in Gounod's Faust and Boito's Mefistofele left empty by the early death of Treigle.

As his repertoire expanded, he spent more and more time in the theatres of Europe, notably in Berlin, Hamburg, London, Paris, Milan, Vienna, and the summer festivals in Aix-en-Provence, Glyndebourne, Pesaro, and Salzburg.

In January 1984, Ramey made his debut at the Metropolitan Opera in Handel's Rinaldo. He has since become a fixture at the Teatro alla Scala, Royal Opera House at Covent Garden, Vienna State Opera, the Paris Opera, the Lyric Opera of Chicago, the New York City Opera, and the San Francisco Opera. In July 1985 he was cast as Bertram in the historic revival in Paris of Giacomo Meyerbeer's Robert le diable.

In the bel canto repertoire, Ramey has performed in Mozart's Don Giovanni and The Marriage of Figaro, as well as in Rossini's Semiramide, The Barber of Seville, Il Turco in Italia, L'italiana in Algeri, and La Gazza Ladra; in Donizetti's Anna Bolena and Lucia di Lammermoor and Bellini's I puritani. In the dramatic repertoire, Ramey has been acclaimed for his "Three Devils": Boito's Mefistofele, Gounod's Faust, and Berlioz's The Damnation of Faust.[3]

Other dramatic roles have included Verdi's Nabucco, Don Carlo, I masnadieri, I Lombardi and Jérusalem and Offenbach's Tales of Hoffmann (portraying all four villains).

In 1990, he performed Joe in Jerome Kern's Showboat in a concert performance at Avery Fisher Hall with Jerry Hadley and Frederica von Stade.[4]

A number of previously obscure operas with strong bass/bass-baritone roles have been revived solely for Ramey, such as Verdi's Attila, Rossini's Maometto II and Massenet's Don Quichotte. He provided the voice for The Beast, the main antagonist of the 2014 animated miniseries Over The Garden Wall.[5]

Ramey has made an exceptionally large number of recordings that feature nearly all of his main operatic roles as well as collections of miscellaneous arias, other classical pieces and crossover discs of popular American music. He has also appeared on television and video productions of the Met's productions of Carmen and Bluebeard's Castle, San Francisco's production of Mefistofele, Glyndebourne's production of The Rake's Progress and Salzburg's production of Don Giovanni.[7]

In 1996, Ramey gave a concert at New York's Avery Fisher Hall titled "A Date with the Devil" in which he sang 14 arias representing the core of this repertoire, and he continues to tour this program throughout the world.[8] In 2000, Ramey presented this concert at Munich's Gasteig Concert Hall. This performance was recorded live and was released on compact disc in summer 2002.

Ramey was named an inaugural member of the WSU College of Fine Arts Hall of Fame in 2015.[10] He is a National Patron of Delta Omicron, an international professional music fraternity.

He reprised the title role of "Duke Bluebeard" in Opera Omaha's production of Bluebeard's Castle in April 2013 in Omaha, Nebraska.[11]

This article uses material from the article Samuel Ramey from the free encyclopedia Wikipedia and it is licensed under the GNU Free Documentation License.

Georg Friedrich Händel "La Paix" und "La Réjouissance" aus "Feuerwerksmusik"
Update Required To play the media you will need to either update your browser to a recent version or update your Flash plugin.