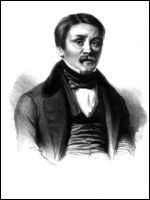 Frederic Mompou i Dencausse (Catalan pronunciation: [fði mumpow]; alternatively Federico Mompou; 16 April 189330 June 1987), was a Spanish composer and pianist. He is remembered for his solo piano music and, to a degree, his songs.

Mompou was born in Barcelona to the lawyer Frederic Mompou and his wife Josefina Dencausse, who was of French origin.[1] His brother Josep Mompou (1888-1968) became a painter; his sketch of a simple farmhouse appeared on the covers of all of Frederic's published music.[2]

Mompou studied piano under Pedro Serra[3] at the Conservatori Superior de Música del Liceu before going to Paris, to study at the Conservatoire de Paris, which was headed by Gabriel Fauré, whom Mompou had heard perform in Barcelona when he was 9 years old,[3] and whose music and performing style had made a powerful and lasting impression on him.[1] He had a letter of introduction to Fauré from Enrique Granados, but it never reached its intended recipient.[2] He entered the Conservatoire (with another Spaniard, José Iturbi), but studied with Isidor Philipp, head of the piano department; he also took private piano lessons with Ferdinand Motte-Lacroix,[2] and harmony and composition lessons with Marcel Samuel-Rousseau.[3] His extreme shyness, introspection and self-effacement meant that could not pursue a solo career, but chose to devote himself to composition instead. In 1917 he returned to Barcelona, fleeing the war.[3] His first published work, Cants magics, appeared in 1920, mainly as a result of the advocacy of his friend Agustin Quintas.[3]

Mompou returned to Paris in 1921, by which time his music was being regularly performed publicly, by his former teacher Motte-Lacroix and others, and he found himself the darling of Paris.[2] In 1921, his Scènes d'enfants (191518), performed by Motte-Lacroix, inspired the French critic Émile Vuillermoz to proclaim Mompou "the only disciple and successor" to Claude Debussy.[1] Mompou himself often performed his own compositions, but only at private soirees, never in public.[3] However, his time in Paris was not easy. He published no music between 1931 and 1941, when he left for his native Catalonia, fleeing the German occupation of Paris. In that time, his father died and his brother became seriously ill. The Spanish Civil War troubled him greatly. And his personal financial situation was often dire enough to lead him away from music and into various business ventures, including an attempt to revive the traditional family bell foundry.[2]

Kenneth MacMillan's ballet La Casa de los Pájaros (The House of Birds), set to orchestrations by John Lanchbery of various piano pieces by Mompou, was premiered at Sadler's Wells in London in 1955, and was also staged at the 4th Festival de Música y Danza at Granada.

In 1956 appeared Don Perlimpin (also seen as Don Perlimpinada), a ballet written in collaboration between Mompou and Xavier Montsalvatge and based on a a play by Lorca. Most of the music was by Mompou, but Montsalvatge helped with the orchestration and linking passages, and added two numbers of his own.[4]

In 1974 Mompou recorded his piano works for the Spanish label Ensayo. These invaluable recordings have been issued on four CDs by both Ensayo and Brilliant Classics. Mompou's music has also been recorded by notable pianists such as Alicia de Larrocha, Stephen Hough, Alexandre Tharaud, and others. Both Arthur Rubinstein and Arturo Benedetti Michelangeli made recordings of selections from the Cançons i Danses. The great Spanish soprano Victoria de los Ángeles recorded Mompou's haunting song cycle El combat del somni, and a video from 1971 survives of her singing one of these songs in her living room with the composer as her accompanist.

An initial supporter of Franco's regime, in Barcelona he became a member of the Royal Academy of San Jorge, but otherwise lived quietly there until his death at the age of 94, from respiratory failure. He is buried at the Montjuïc Cemetery in Barcelona.

After the death of his widow in 2007, about 80 unpublished and hitherto unknown works were discovered in Mompous files at his home, and also in the files of the National Library of Catalonia. Some of them were given performances in Barcelona in 2008 by Jordi Masó and Mac McClure. Many others were given their premiere performances in 2009 by Marcel Worms.[7]

Mompou is best known as a miniaturist, writing short, relatively improvisatory music often described as "delicate" or "intimate." His principal influences were French impressionism, Erik Satie and Gabriel Fauré, resulting in a style in which musical development is minimized, and expression is concentrated into very small forms. He was fond of ostinato figures, bell imitations (his mother's family owned the Dencausse bell foundry, and his grandfather was a bell maker),[1][3] and a kind of incantatory, meditative sound, the most complete expression of which can be found in his masterpiece Musica Callada (or the Voice of Silence) based on the mystical poetry of Saint John of the Cross. It employs very simple, even childlike melodies, but tinged with sadness, melancholy, and a nostalgic echo of a forgotten far-away land.

He was also influenced by the sounds and smells of the maritime quarter of Barcelona, the cry of seagulls, the sound of children playing, and popular Catalan culture. He often dispensed with bar lines and key signatures. His music is rooted in the chord G♭-C-E♭-A♭-D, which he named Barri de platja (the Beach Quarter).[1]

This article uses material from the article Federico Mompou from the free encyclopedia Wikipedia and it is licensed under the GNU Free Documentation License.

Johann Sebastian Bach Duett Nr.3 G-Dur BWV 804 aus dem 3.Teil der „Clavier-Übung“
Update Required To play the media you will need to either update your browser to a recent version or update your Flash plugin.