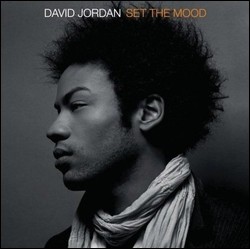 Born to a mother from Montserrat and a father from Calcutta, Jordan has been writing pop-rock songs since he was 11 (after his parents split). Growing up his music idol was Prince.[1] After spending the first nine years of his life in North London, when his parents split up Jordan chose to live with his grandmother in Enfield until he moved into a council flat in Finchley aged 16.[2] As a teenager, Jordan associated with a group of young hopefuls signed to Simon Fuller's 19 management company, including a young Amy Winehouse, with whom he remained friends.[1] Jordan was obsessed with songwriting and a gaining a record deal.[1] He would study drama at college during the day, work at Starbucks in New Oxford Street in the evening, and then work on songs with his producer friend Jack Freegard at Fortress Studios in Old Street.[1]

On 5 April 2012 he uploaded a music video for "Fallen Star" to YouTube. On 25 July 2012 he uploaded a music video for "Wild, Wasted & Wonderful" to YouTube and he published 8 acoustic videos on YouTube made by Methodworks. In Spring of 2012 he applied for the lead dancer role as Michael Jackson in the Thriller Live Musical[3] at West End, London. He got the role and debuted as Michael Jackson at the Lyric Theater in the West End on July 2012.

This article uses material from the article David Jordan (singer) from the free encyclopedia Wikipedia and it is licensed under the GNU Free Documentation License.