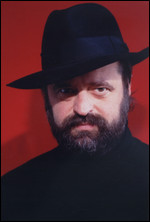 Kurt Rydl, who is nicknamed "The Mega Bass",[1] studied at the Vienna Academy of Music and in Moscow Conservatory. He has won many prizes at several competitions. Kurt Rydl is a guest on all major festivals in Bayreuth, Schwetzingen, Salzburg, Bregenz, Florence, Verona, Munich and Glyndebourne. His opera repertoire comprises more than 80 roles in German, Italian, French, Russian and Czech works. His concert repertoire ranges from Mozart to Penderecki, and from Beethoven to Mahler, most notably his bass coloratura role as Osmin in Mozart's The Abduction from the Seraglio.[2]

Kurt Rydl studied in the U.S. as an exchange student and is fluent in English.[1]

In 1996 he was named Austrian Kammersänger, and in 1999 he became an Honorary Member of the Vienna State Opera. Rydl received the Austrian Cross of Honour for Science and Art, 1st class in 2001.[3]

In 2016 he was awarded the Grand Prix de la Culture in Vienna on the occasion of his 40th anniversary with the Vienna State Opera.[4]

This article uses material from the article Kurt Rydl from the free encyclopedia Wikipedia and it is licensed under the GNU Free Documentation License.