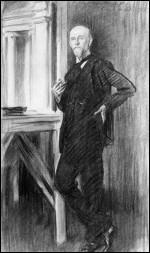 Throughout his career Loeffler claimed to have been born in Mulhouse, Alsace and almost all music encyclopedias give this fabricated information. In his lifetime articles were published dissecting his "typically Alsatian" temperament. In fact, as his biographer Ellen Knight has established, he was Germanindeed a Prussian, and a Berliner on both sides of his family, born Martin Karl Löffler in Schöneberg near Berlin. He turned against Germany when the Prussian authorities imprisoned his father, an agricultural chemist and author of Republican ideals. (Loeffler senior wrote journalism under the name 'Tornov' or 'Tornow', and his son sometimes used this as one of his middle names.) Loeffler was only about 12 when his father was sent to prison, where the man died of stroke before he was to be released. Before his father's arrest the family had moved around a good deal, including a period in Alsace, and then to Smiela near Kiev, while Loeffler was still a small child. Later they lived in Hungary and Switzerland.

Loeffler decided to become a violinist and studied in Berlin with Joseph Joachim, Friedrich Kiel and Woldemar Bargiel, then with Joseph Massart (and composition with Ernest Guiraud) in Paris. He played with the Pasdeloup Orchestra and in 1881 emigrated to the United States, where he joined the Boston Symphony Orchestra and shared the first desk with the concertmaster from 1882 to 1903. He was on the board of directors of the Boston Opera Company when it started operations in 1908.[1]

He first appeared as a violinist-composer with the orchestra in 1891 with the performance of his suite Les Vieilles d'Ukraine, and his works were performed regularly by the Boston Symphony (and by other American orchestra) for the rest of his life.

Loeffler became a U.S. citizen in 1887 and eventually resigned from the orchestra to devote himself to composition. He was a friend of Eugène Ysaÿe and John Singer Sargent (who painted his portrait), also of Gabriel Fauré and Ferruccio Busoni (both of whom dedicated works to him), and later of George Gershwin. A man of wide culture and refined taste, he developed an idiom deeply influenced by contemporary French and Russian music, in the traditions of César Franck, Ernest Chausson and Claude Debussy, and also by Symbolist and "decadent" literature. Loeffler often cultivated unusual combinations of instruments, and was one of the earliest modern enthusiasts for the viola d'amore, which he discovered in 1894 and wrote parts for in several scores as well as arranging much music for it. In his later years he also, unexpectedly, became deeply interested in jazz, and wrote some works for jazz band.

His notable students include Arthur Hartmann, Kay Swift and Francis Judd Cooke, who studied with him for two years in Medfield, Massachusetts. Loeffler died in Medfield the age of 74.

Loeffler was a fastidious composer who composed carefully, frequently revising his compositions. Some of his works are lost. His best-known works include the symphonic poems La Mort de Tintagiles (after Maeterlinck), La Bonne Chanson (after Verlaine), A Pagan Poem (after Virgil), and Memories of My Childhood (Life in a Russian Village), as well as the song-cycle Five Irish Fantasies (to words by W. B. Yeats and Heffernan), and the chamber works Music for Four String Instruments and Two Rhapsodies for oboe, viola and piano.

His Divertissement for violin and orchestra was premiered in Berlin in 1905 by Karel Halí, under the baton of Richard Strauss, at the same concert at which Halí premiered the revised version of Sibelius's Violin Concerto. Fritz Kreisler and Eugène Ysaÿe had declined to play the Divertissement because of its technical demands.[2]

He composed the Fantastic Concert for cello and orchestra, which premiered in 1894 with Alwin Schroeder as soloist with the Boston Symphony Orchestra, and the Entertainment for violin and orchestra (1895).

His works for chamber music are:

This article uses material from the article Charles Martin Loeffler from the free encyclopedia Wikipedia and it is licensed under the GNU Free Documentation License.