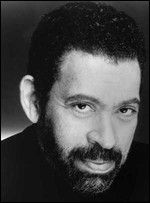 Born in 1943 in New York City, Hines began his career at the age of five, studying tap dance at the Henry LeTang Dance Studio in Manhattan.[2] LeTang recognized his talent and began choreographing numbers specifically for him and his younger brother Gregory, patterned on the Nicholas Brothers.[2] Maurice made his Broadway debut in The Girl in Pink Tights in 1954.[3]

Shortly after, the brothers began touring as the opening act for such headliners as Lionel Hampton and Gypsy Rose Lee. Their father joined them and "Hines, Hines & Dad" performed on a regular basis in New York, Las Vegas, and throughout Europe and on many television shows, including The Pearl Bailey Show, The Hollywood Palace, and The Tonight Show.

Hines decided to pursue a solo career and was cast as Nathan Detroit in the national tour of Guys and Dolls, after which he returned to Broadway in Eubie! (1978). Additional Broadway credits include Bring Back Birdie and Sophisticated Ladies (both in 1981) as a performer, Uptown... It's Hot! (1986) as a performer (earning a Tony Award nomination as Best Actor in a Musical) and choreographer, and Hot Feet (2006), which he conceived, choreographed, and directed.

Hines co-directed and choreographed the national tour of the Louis Armstrong musical bio Satchmo and directed, choreographed, and starred in the national tour of Harlem Suite with successive leading ladies Jennifer Holliday, Stephanie Mills, and Melba Moore. He directed and choreographed Havana Night in Cuba, an all-Latino production of The Red Shoes in the Dominican Republic, and created the revue Broadway Soul Jam to inaugurate an entertainment complex in the Netherlands.

Hines has directed and choreographed music videos, including one for Quincy Jones. He is the first African American to direct at Radio City Music Hall.

Hines' film debut, Francis Ford Coppola's The Cotton Club, remains his sole big screen credit to date, although he appeared in Oops, Ups & Downs: The Murder Mystery of Humpty Dumpty in 2007. On television, he appeared in Eubie!, Love, Sidney, and Cosby.

Hines played the lead role in Washington, DC's Arena Stage production of the Duke Ellington-inspired musical Sophisticated Ladies at the historic Lincoln Theatre in April and May 2010, featuring teenaged tap-dancing brothers John and Leo Manzari.[4] The Washington Post review was positive for his role and the show in general.[5]

Hines conceived, directed and choreographed Yo Alice, an urban hip-hop fantasy, staged for a workshop in 2000, and a reading in 2007 at the Triad Theatre.[6]

In May 2013 he performed a tribute to his late brother Gregory, entitled "Tappin Thru Life: An Evening with Maurice Hines", at the Cutler Majestic Theatre, which was reviewed by the Boston Globe as "a class act by a class act".[7] Tappin went on to Boston and the Manhattan club 54 Below, and opened in November 2013 for a six-week run at the Arena Stage, where the Washington Post wrote, "its a pleasure to be in the company of a shameless, ebullient vaudeville heart."[8]

The production again featured the Manzari Brothers, as well as D.C. seventh-graders and identical twins Max and Sam Heimowitz, who all tap-dance on stage with Hines. It is to tour to Atlanta and then Cleveland in 2014.[9]

This article uses material from the article Maurice Hines from the free encyclopedia Wikipedia and it is licensed under the GNU Free Documentation License.