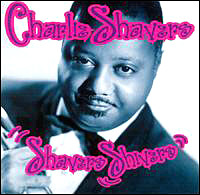 Charles James Shavers (August 3, 1920[1] – July 8, 1971)[2][3] was an American swing era jazz trumpeter who played with Dizzy Gillespie, Nat King Cole, Roy Eldridge, Johnny Dodds, Jimmie Noone, Sidney Bechet, Midge Williams, and Billie Holiday. He was an arranger and composer, and one of his compositions, "Undecided", is a jazz standard.[2]

Shavers's father, a distant relative of Fats Navarro, was from the prominent Shavers family of Key West, Florida. Charlie was a cousin of heavyweight boxer Earnie Shavers. Born in New York City, he took up piano and banjo before switching to trumpet.[2]

In the mid-1930s, he performed with Tiny Bradshaw and Lucky Millinder. In 1935 he played in the trumpet section with Dizzy Gillespie and Carl (Bama) Warwick in Frankie Fairfax's Campus Club Orchestra.[4] In 1936 he joined John Kirby's Sextet as trumpet soloist and arranger. He was only 16, but gave his birth date as 1917 to avoid child labor laws;[3] many biographies still list this date.[2]

Shavers's arrangements and solos helped make the band one of the most commercially successful and imitated of its day. In 1937, he performed with Midge Williams and her Jazz Jesters. In 1944 he began playing sessions in Raymond Scott's CBS staff orchestra. In 1945 he left John Kirby's band to join Tommy Dorsey's Orchestra, with whom he toured and recorded, off and on, until 1953. During this time he continued to play at CBS; he also appeared with the Metronome All-Stars, and made a number of recordings as trumpet soloist with Billie Holiday. From 1953 to 1954 he worked with Benny Goodman and toured Europe with Norman Granz's popular Jazz at the Philharmonic series, where he was a crowd favorite. He formed his own band with Terry Gibbs and Louie Bellson.

Shavers died from throat cancer in New York in 1971 at the age of 50. His friend Louis Armstrong died while Shavers was on his deathbed, and his last request was that his trumpet mouthpiece be buried with Armstrong.

This article uses material from the article Charlie Shavers from the free encyclopedia Wikipedia and it is licensed under the GNU Free Documentation License.