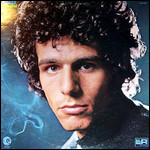 In the early 1960s, Bloom had been a member of the doo-wop group, The Imaginations, and sang lead on "Wait A Little Longer, Son." Bloom received a big break in 1969 when he was awarded a contract to write and record a jingle for Pepsi, paving the way for his later success with "Montego Bay." Bloom also played a role as a songwriter connected to the Kama Sutra/Buddah group of labels.[3] He also co-wrote the song "Mony Mony" and with Jeff Barry he co-wrote "Sunshine" by The Archies, their fifth hit single in 1970.

Bloom worked as a sound engineer for musicians such as Louis Jordan and Shuggie Otis.[3] Bloom often recorded demos of his songs at the recording studio of MAP City Records, owned by friends Peter Anders and Vincent Poncia Jr., with chief engineer Peter H. Rosen[4] at the controls. Early solo projects included "Love Don't Let Me Down" and "Count on Me."[3]

The recordings that followed his success with "Montego Bay" in 1970, "Heavy Makes You Happy", which became a hit for the Staple Singers in 1971, "Where Are We Going" and The Bobby Bloom Album all used the same combination of pop, calypso, and rock.[3]

Bloom suffered from depression towards the end of his life.[3] Bloom died on February 28, 1974, at the age of 28. He apparently shot himself while cleaning his gun.[5] Jeff Barry was surprised to find out afterwards that he was the sole beneficiary of Bloom's life insurance policy.[6]

This article uses material from the article Bobby Bloom from the free encyclopedia Wikipedia and it is licensed under the GNU Free Documentation License.