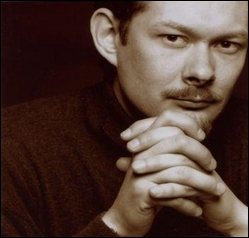 born in 1967 in Rimini, Emilia-Romagna, Italy

Enrico Pace (born 1967) is an Italian pianist of international renown.

Enrico Pace was born in Rimini, Italy in 1967. He studied piano with Franco Scala, mainly at the Rossini Conservatory in Pesaro.[1] He was also active as conductor and composer. In 1987 he won first prize at the International Yamaha Competition in Stresa and in 1989 he was first prize winner of the Second International Franz Liszt Piano Competition. Later Enrico Pace performed in many European cities and played with the symphonic orchestras of Sydney and Melbourne on an Australian tour. He also worked with the Warsaw Philharmonic Orchestra and with the Noord-Nederlands Orchestra.

From 1997/1998, he started a long term co-operation with violinist Frank Peter Zimmermann, with whom Pace gave concerts in many European, South-American and Far Eastern countries. Other musicians with whom he often performs are horn player Marie Luise Neunecker and pianist Igor Roma.[2]

Apart from doing concerts with orchestras, Pace has also played chamber music: among others he played with the Shostakovich Quartet, the Vanbrugh Quartet and the Prometeo Quartet and he participated several times in Isabelle van Keulen's Delft Chamber Music Festival. So far pianist Leif Ove Andsnes invited him twice to perform at his chamber music festival in Risor. Pace also performed at the chamber music festivals of Kuhmo (Finland), Stresa (Italy), West Cork (Ireland) and Moritzburg (Germany).[4]

This article uses material from the article Enrico Pace from the free encyclopedia Wikipedia and it is licensed under the GNU Free Documentation License.