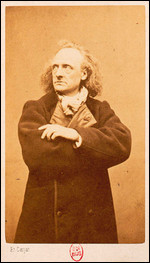 Litolff was born in London, the son of a Scottish mother and an Alsatian father. His father was a violinist who had been taken to London as a prisoner after being captured while fighting for Napoléon in the Peninsular War.

Litolff began his musical education under his father, but when he was twelve he played for the pianist Ignaz Moscheles, who was so impressed that he gave him free lessons from 1830. Litolff's promise was indeed realised, and he began to give concerts when he was only fourteen. His lessons with Moscheles continued until Litolff eloped in 1835, at the age of 17, to Gretna Green, to marry the 16-year-old Elisabeth Etherington. The couple moved to Melun and then to Paris.

In 1839 he separated from Elisabeth, and moved to Brussels, and around 1841 moved to Warsaw where he is believed to have been the conductor of the orchestra of the Teatr Narodowy (National Theatre). In 1844 he travelled to Germany, gave concerts, and taught Hans von Bülow. The following year he returned to England with the idea of finally divorcing Elisabeth, but the plan backfired and he ended up in prison, and having to pay a large fine. He managed to escape (it is said, with the assistance of the gaoler's daughter) and fled to the Netherlands. He became friends with the music publisher Gottfried Meyer and, after Meyer's death, married his widow Julie (having been able to divorce Elisabeth after he had become a citizen of Brunswick). Litolff and Julie married in 1851 and the marriage lasted until 1858, when he divorced her and moved once again to Paris.

He became a prolific composer, although he is now known mainly as the founder of the Litolff Edition of classical and modern music. He died at Bois-Colombes near Paris.

His most notable works were the four Concertos Symphoniques, essentially symphonies with piano obbligato. The first one, in D minor, is lost; the others (which, though not regularly heard in the concert repertoire, are all available in modern recordings) are:

The only one of Litolff's own compositions still performed at all regularly is the somewhat Mendelssohnian scherzo from the fourth Concerto Symphonique, though his music was admired by Franz Liszt, and he was the dedicatee of Liszt's own first piano concerto.

This article uses material from the article Henry Charles Litolff from the free encyclopedia Wikipedia and it is licensed under the GNU Free Documentation License.

Joseph Joachim Raff Rêverie aus der Sinfonie Nr. 3 F-Dur op. 153 "Im Walde"
Update Required To play the media you will need to either update your browser to a recent version or update your Flash plugin.