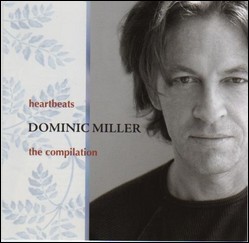 Dominic Miller (born 21 March 1960) is an Argentinian-born guitarist who has spent much of his career as a sideman for Sting. He has also released several solo albums.

Miller was born in Hurlingham, Argentina to an Irish mother and an American father who worked for Johnson Wax.[1] When he was ten, his family moved to Racine, Wisconsin, where the Johnson headquarters was located, and moved to London two years later.[2] Returning to Racine, at fifteen, he performed publicly for the first time at a club in Racine as the only white person in a soul music band.[3] He moved to London and studied at Guildhall School of Music, then returned to the U.S. and took a summer course at the Berklee College of Music in Boston.[1] He also took lessons from Brazilian guitarist Sebastião Tapajós.

In the 1980s, Miller toured as a guitarist for World Party and King Swamp. As a session musician he recorded with the Pretenders, Phil Collins, Paul Young, and Level 42. Since 1991, he has recorded and toured with Sting.[4][5] The song "Shape of My Heart", which he wrote with Sting, was a hit for Craig David and the Sugababes. He released his debut solo album, First Touch, in 1995, followed by Second Nature and Third World.[6]

In 2003 he released the classical album Shapes, with interpretations of Bach, Beethoven, Edward Elgar, and Tomaso Albinoni.[7]

This article uses material from the article Dominic Miller from the free encyclopedia Wikipedia and it is licensed under the GNU Free Documentation License.