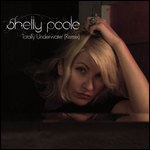 Shelly Poole is the daughter of the 1960s recording artist Brian Poole, of Brian Poole and the Tremeloes, and learned to read and write music at an early age. With her sister Karen, she formed the duo band, Alisha's Attic,[2] in 1989. Alisha's Attic sold over one million albums worldwide from 1996 to 2002. The duo split up in October 2001. Poole married Ally McErlaine, from the Scottish band Texas, in Glasgow.

In late 2008, she formed the alternative country band Red Sky July, with Ally McErlaine, and Charity Hair from The Alice Band. She is currently signed to Gary Barlow's publishing company San Remo Live.

Her solo album, Hard Time for the Dreamer, was released in September 2005 on the Transistor Project record label, and reached the Top 10 of the French and UK iTunes chart. Two songs from the album, "Anyday Now" and "Totally Underwater", were featured on an instore Starbucks album in 2006. Included on the album were two duets with Jack Savoretti, one of which, "Hope", was played on BBC Radio Two.

She co-wrote and sang on Michael Gray's 2006 dance release "Borderline" which reached #12 on the UK Singles Chart and #3 on the ARIA club chart. In May 2006, Poole released "Lost In You". Her following release was "Totally Underwater", an EP, which included a remix of "Totally Underwater" by Andy Bradfield, and two tracks "One Kiss" and "What You Feel Like".

This article uses material from the article Shelly Poole from the free encyclopedia Wikipedia and it is licensed under the GNU Free Documentation License.