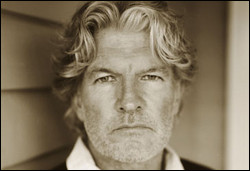 Brian Finn was born in Te Awamutu, New Zealand. He went to Sacred Heart College, Auckland, a Catholic boarding school. In 1971 he started a Bachelor of Arts degree at the University of Auckland. There he jammed in music practice room 129 (later the name of a Split Enz song) with friends and future Split Enz bandmembers Mike Chunn, Robert Gillies, Philip Judd and Noel Crombie. Music soon became more important to him than his studies; in mid-1972 he quit university. A few months later, Phil and Tim formed group Split Ends (renamed Split Enz, shortly before their first move to Melbourne in 1975). The bands' music moved towards a more mainstream sound in later years; their music style is best described as eclectic, incorporating influences from art rock, vaudeville, swing, punk, glam rock, rock and pop. Between 1972 and 1977, Tim and Judd alternated as frontman for the band. Once Judd permanently left the band, Tim Finn's younger brother Neil Finn took his place.

Finn had his first success away from Split Enz in 1981 when his discarded demo "They Won't Let My Girlfriend Talk To Me" became a top 10 hit for Australian band Jimmy and the Boys.[1] In 1983 Finn recorded his debut solo album, Escapade, while still a member of Split Enz. This met with major commercial success both in Australia and New Zealand, and yielded hit song Fraction Too Much Friction, which revealed a more rhythm-based sound than Split Enz had been known for. After contributing four songs to Split Enz album Conflicting Emotions, Finn left the band permanently in June 1984, to focus on a solo career. The following year he moved to London. 1986 saw the release of his second solo album Big Canoe. The album utilised a wide variety of instrumentation, including guitars, orchestral backings and traditional Indian instruments - most notably on single No Thunder, No Fire, No Rain, which was inspired by the Bhopal chemical disaster. Though Big Canoe reached number three on the New Zealand charts, it failed to become the international breakthrough that Finn or record company Virgin had hoped.

During this time, Finn's focus also turned to soundtrack music, and he landed a few acting roles on-screen. Finn has composed for a number of Australian films and TV productions, including 1981 teen tale Puberty Blues and comedy Les Patterson Saves the World, which yielded Australian hit You Saved the World. Finn had a small part in Australian film The Coca-Cola Kid alongside then-girlfriend Greta Scacchi, and a larger one in her Italian-shot romance La Donna della Luna (The Moon Woman).

In late 1989, Finn was back living in Melbourne, recording his eponymous third album, Tim Finn, for Capitol Records. The album would yield strong reviews and New Zealand hit Parihaka, based on a Maori village known for its campaign of passive resistance to European occupiers. In early 1990, he began playing music with younger brother Neil, for an intended Finn brothers record. After working together on some songs, Neil later proposed incorporating the tracks onto the latest album of Crowded House, the group he had formed after Split Enz dissolved. Tim performed with the band to promote the band's album Woodface, and co-wrote eight songs, including the hits Weather with You and "Four seasons in one day". But some time during the tour which followed the album's American release, all concerned realised that the combination was not a good fit. Finn returned to pursue his solo career.

Both Tim and Neil were made OBE for services to New Zealand music in the 1993 Queen's Birthday Honours List.[2] The brothers Finn collaborated on another album in 1995, playing most of the instruments themselves. Finn was released as the first Finn Brothers release. In support of this album, the brothers toured Europe, Australia and the USA. Also in 1995, Finn formed band ALT, with Irish musicians Andy White and Liam Ó Maonlaí (from band Hothouse Flowers). ALT's name was formed from the initial letters of their names. They released the album 'Altitude' and toured Europe and Australasia.

5 June 2000 was proclaimed Tim Finn Day by the Mayor of Pittsburgh, Pennsylvania, in the USA during Finns tour of the United States that year.

2000 also saw the release of album Together in Concert: Live, featuring Finn, and fellow New Zealand singer/songwriters Bic Runga, and Dave Dobbyn. Recorded in August and September 2000 in venues around New Zealand, the album saw the three performers each equitably showcased. Both the concerts and album feature all three performers providing vocal and instrumental backing on each other's songs. The album spent 16 weeks in the New Zealand charts, and was finally released in the UK in May 2007.

In 2004, the Finn brothers released their second album, Everyone Is Here. The album was originally intended to be produced by Tony Visconti but the final release shows most production credits going to long-time Finn producer Mitchell Froom. Reviewing the album, a writer for Mojo magazine argued that it contained "some of the most haunting music to bear the Finn imprint".

Finn has continued to release solo albums, mining many genres along the way. He also contributed a song to the soundtrack of The Chronicles of Narnia: The Lion, the Witch and the Wardrobe entitled Winter Light, which later appeared on Finn's Imaginary Kingdom album. He appeared as the offbeat father of the main character in 2010 black comedy Predicament.

Finn was in a relationship with actress Greta Scacchi from 1983 to 1989. [3]He is currently married to television presenter Marie Azcona, formerly of MTV and TVNZ One's Music Week,.[4] Finn and Azcona have two children; a son, Elliott, and a daughter, Harper. The pair have collaborated on several songs, some of which are featured on Steel City, the dance show that Finn wrote. Aside from co-writing two tracks with Azcona, Finn collaborated on another with former Split Enz member Mike Chunn.

The New Zealand Music Awards are awarded annually by the RIANZ in New Zealand.

This article uses material from the article Tim Finn from the free encyclopedia Wikipedia and it is licensed under the GNU Free Documentation License.