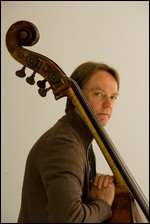 He was raised in Larvik, a small town on the southeastern coast of Norway. He started playing guitar at the age of 10, switched to electric bass at 14 and added acoustic bass at 17.

From 1979-81, he studied privately with the internationally recognized Norwegian bassist, Arild Andersen, and played in local jazz and fusion groups with, among others, the great Norwegian keyboardist Atle Bakken. In 1981, Terje went to the USA to study bass at the Bass Institute of Technology in Los Angeles. He studied electric bass with Jeff Berlin and acoustic bass with Bob Magnuson and played in jazz clubs around LA with guitarist Les Wise.

In 1982, he moved back to Oslo and spent a year playing with many of the best Norwegian jazz musicians. In 1983, Terje returned to the States, enrolling at the Berklee College of Music in Boston. While at Berklee, he met and played with many young and talented musicians from around the world, including saxophonists Tommy Smith and Donny McCaslin and pianists Christian Jacob, Danilo Perez and Laszlo Gardony. He also took private lessons with the legendary bassist Jaco Pastorius in New York.

Terje co-founded the acoustic jazz quartet Forward Motion with saxophonist Tommy Smith and released the recording "Progressions". He was also a member of the American jazz / world music group Full Circle, playing on their first two recordings for CBS Sony.

In 1988, Terje was invited to California to work with Santana drummer Michael Shrieve, resulting in the recording Stiletto on RCA Novus which also featured Mark Isham on trumpet and Andy Summers and David Torn on guitars.

After 7 years in the USA, Terje moved back to Norway in 1989, soon becoming a first call bassist on the creative Norwegian jazz scene.

In 1998, he started the record label Resonant Music. Terje has released eight CDs as a leader, all on Resonant Music. As a sideman, he has played bass on more than 100 jazz recordings, including recordings by Billy Cobham, Michael Shrieve, Misha Alperin, Dag Arnesen, Roy Powell, Staffan William-Olsson and Ahmad Mansour.

Terje is well known for over-dubbing multiple basses in some of his recordings.

This article uses material from the article Terje Gewelt from the free encyclopedia Wikipedia and it is licensed under the GNU Free Documentation License.

Mélanie Bonis Andantino con moto aus der Sonate für Flöte und Klavier
Update Required To play the media you will need to either update your browser to a recent version or update your Flash plugin.