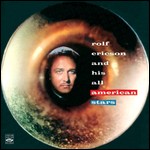 Returning to Sweden in 1950, he recorded as a leader and with Arne Domnérus, as well as for Leonard Feather's Swinging Swedes. He returned to the U.S. during 1953–1956, and played with the big bands of Charlie Spivak, Harry James, the Dorsey Brothers, and Les Brown and was with the Lighthouse All-Stars. In 1956, he toured Sweden and played with Ernestine Anderson and Lars Gullin.

Carl Maria von Weber Concertino für Klarinette und Orchester Es-Dur op. 26
Update Required To play the media you will need to either update your browser to a recent version or update your Flash plugin.