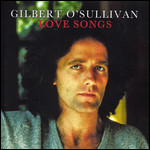 Worldwide he has charted 16 top-40 records, including six No. 1 songs, the first of which was 1970's "Nothing Rhymed". His most successful recording period was between 1970 and 1980, though he has since recorded ten studio albums up to 2015. Speaking in 2009 he said, "I write pop songs. That's all I want to do. I have no interest in just touring, and living in the past."[2] The music magazine Record Mirror voted him the top UK male singer of 1972.[3]

Raymond Edward O'Sullivan was born in Cork Road, Waterford, Ireland.[4] In 1953, when he was seven, his family moved to Battersea, London; when he was eight they moved to Swindon, Wiltshire, England. He attended St Joseph's and the Swindon College of Art, where he briefly played drums in a band called Rick's Blues, along with Malcolm Mabbett (guitar), Keith Ray (bass), and founder Rick Davies (who later founded Supertramp) and where he developed his lifelong interests in music and art.[5][6] According to a 1972 interview with O'Sullivan, Davies taught him how to play both drums and piano.[7] Other semi-professional bands he played with while at college include the Doodles and the Prefects.[5]

In 1967, O'Sullivan was signed to a five-year contract with April Music, CBS Records' house publishing company, after coming to the attention of the professional manager Stephen Shane,[8] who also suggested changing his name from Ray to Gilbert as a play on the name of the operetta composers Gilbert & Sullivan. His songs at the time were avant-garde, and even drew the interest of the Bonzo Dog Doo-Dah Band (Viv Stanshall), who were interested in recording a couple of the songs. He was paid an advance of £12 (equivalent to £200 in 2016)[9] with which he bought a piano. He was signed to CBS Records by the A&R manager Mike Smith (the Tremeloes and the Love Affair). .

After two unsuccessful singles with CBS, "Disappear" and "What Can I Do?", and one with the Irish record label Major Minor, "Mr. Moody's Garden", all released under the name "Gilbert", O'Sullivan sent some demo tapes to Gordon Mills, the manager of Tom Jones and Engelbert Humperdinck, whereupon O'Sullivan was signed to Mills' label, MAM Records.[4][10] O'Sullivan's self-created eye-catching visual image comprised a pudding basin haircut, cloth cap and short trousers. Mills reportedly hated the image, but O'Sullivan insisted on using it initially, until he assumed a more modern 'college-like' look in which he often wore a sweater bearing a large letter 'G'.[4]

O'Sullivan's hit was barely edged out for No. 1 for the whole of 1972 by Roberta Flack's "The First Time Ever I Saw Your Face", with Looking Glass' "Brandy (You're a Fine Girl)", interrupting O'Sullivan's place at the top in the week ending 26 August 1972, making the difference. Flack's and O'Sullivan's hits were on the Hot 100's top 40 at the same time only on 1 July 1972, with Flack at No. 36 and falling and O'Sullivan at No. 34 and climbing. O'Sullivan's effort was nominated for a Grammy Award in the Song of the Year and Record of the Year categories in 1973, but Flack's tune won both, and Flack would turn the double-trick again, in 1974 with "Killing Me Softly with His Song".

O'Sullivan followed "Alone" with "Clair" (1972, from the album Back to Front). The single reached No. 2 in the United States on the Hot 100 and No. 1 in the UK and Canada (14 weeks in the Canadian Top 40).[12] O'Sullivan's disc sales exceeded ten million in 1972 and made him the top star of the year.[5] O'Sullivan's success led to him taking part in the BBC's anniversary programme Fifty Years of Music in November 1972.

Things turned more sour when he discovered his recording contract with MAM Records greatly favoured the label's owner, Gordon Mills. A lawsuit followed, with prolonged argument over how much money his songs had earned and how much of that money he had actually received.[15] Eventually, in May 1982, the court found in O'Sullivan's favour, describing him as a "patently honest and decent man", who had not received a just proportion of the vast income his songs had generated.[15] They awarded him £7 million in damages (worth £20 million at 2011 prices). He had won, but the court battle had put his recording career on hold.

In 1980, after a five-year hiatus, he returned to his old record label, CBS.

O'Sullivan is also noted for his role in bringing about the practice of clearing samples in hip hop music as a result of the 1991 court case, Grand Upright Music, Ltd. v. Warner Bros. Records, Inc.,[16] in which he sued rapper Biz Markie over the rights to use a sample of his song "Alone Again (Naturally)".[4] He won 100% of the royalties and made sampling an expensive undertaking.[17]

O'Sullivan has continued to record and perform into the 21st century. He enjoys particular acclaim in Japan.[4] His album A Scruff at Heart was released in 2007, featuring "Just So You Know". On 14 July 2008, O'Sullivan released "Never Say Di". He appeared at the 2008 Glastonbury Festival, and played London's Royal Albert Hall on 26 October 2009. On 26 August 2010, O'Sullivan announced that he had joined Hypertension, a record company whose artists have included Leo Sayer, Chris DeBurgh, Fleetwood Mac and Gerry Rafferty.[18]

His album Gilbertville was released on 31 January 2011; it featured "All They Wanted To Say", which dealt with the 2001 attacks on the World Trade Centre, and his single "Where Would We Be (Without Tea)?". On 19 July 2011, O'Sullivan played live on the BBC Radio 2 Ken Bruce Show.[19] On 26 August that year, the documentary Out on His Own was broadcast by BBC 4 (before by Irish RTÉ). In March 2012, the compilation album Gilbert O'Sullivan: The Very Best Of – A Singer & His Songs entered the UK Albums Chart at No.12. 2015 saw Gilbert re-emerge on Irish and BBC radio and television. He toured Ireland beginning of June, and on 8 June 2015 his Peggy Lee-inspired new album Latin ala G! was released.

O'Sullivan purposely avoided dating at the peak of his career; he feared that doing so would inhibit his songwriting abilities.[20] In January 1980, O'Sullivan married his Norwegian girlfriend Aase. Later that year the first of their two daughters, Helen-Marie, was born. Tara was born two years later.

This article uses material from the article Gilbert O'Sullivan from the free encyclopedia Wikipedia and it is licensed under the GNU Free Documentation License.