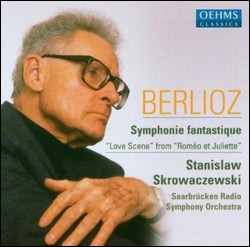 Skrowaczewski was born in Lwów (then in Poland, now in Ukraine). As a child, he studied piano and violin; displaying talent on the piano at an early age, he made his public debut playing Beethoven's Piano Concerto No. 3 in C minor. A hand injury ended his piano career.

After World War II, Skrowaczewski graduated from the Academy of Music in Kraków (in the composition class of Roman Palester and conducting class of Walerian Bierdiajew) and soon, in 1946, became the associate conductor of the Wrocław Philharmonic, then the Katowice Philharmonic, the Kraków Philharmonic and finally the Warsaw National Orchestra. He studied composition with Nadia Boulanger in Paris. In 1956 he won the Santa Cecilia Competition for Conductors.

At the invitation of George Szell, Skrowaczewski conducted the Cleveland Orchestra. In 1960 he was appointed music director of the Minneapolis Symphony Orchestra (later renamed the Minnesota Orchestra under his tenure in 1968), a position he held until 1979 when he became conductor laureate. In 1981 the American Composers Forum (then known as the Minnesota Composers Forum) commissioned the Clarinet Concerto which Skrowaczewski wrote for Minnesota Orchestra principal clarinetist Joe Longo, who premiered it in 1981.

Between 1983 and 1992 he was principal conductor of the Hallé Orchestra in Manchester.

Between 1995 and 1997, Skrowaczewski served as artistic advisor to the Milwaukee Symphony Orchestra. In 1988, he was composer-in-residence for the Philadelphia Orchestra's summer season at Saratoga. He has guest-conducted that orchestra, and many others, all over the world.

His complete set of recordings of the symphonies of Anton Bruckner, made with the Deutsche Radio Philharmonie Saarbrücken Kaiserslautern, has received much acclaim, as has his 2005/06 complete Beethoven symphony cycle with the orchestra. Another noted recording is his Brahms Piano Concerto No. 2 with the London Symphony Orchestra in collaboration with soloist Gina Bachauer.

Skrowaczewski's Passacaglia Immaginaria, completed in 1995, was nominated for the Pulitzer Prize in 1997. Commissioned by the Minnesota Orchestral Association to honor the memory of Ken and Judy Dayton, it was premiered at Orchestra Hall in Minneapolis in 1996.

His Chamber Concerto was commissioned by the St. Paul Chamber Orchestra in memory of Leopold Sipe, their first music director. Skrowaczewski received his second Pulitzer nomination in 1999 for his Concerto for Orchestra.[1][2]

He received the Commander Order of the White Eagle, the highest order conferred by the Polish government, as well as the Gold Medal of the Mahler-Bruckner Society, the 1973 Ditson Conductor's Award, and the 1976 Kennedy Center Friedheim Award.

He was the father of Paul Sebastien, founder of electronica groups Psykosonik and Basic Pleasure Model. He lived in Wayzata, Minnesota, and died in St. Louis Park on February 21, 2017.

This article uses material from the article Stanislaw Skrowaczewski from the free encyclopedia Wikipedia and it is licensed under the GNU Free Documentation License.