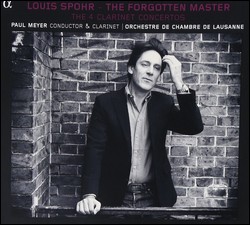 This article uses material from the article Paul Meyer (clarinetist) from the free encyclopedia Wikipedia and it is licensed under the GNU Free Documentation License.

Franz Schubert 3. Satz aus der Sonatine für Violine und Klavier Nr. 1 D-Dur
Update Required To play the media you will need to either update your browser to a recent version or update your Flash plugin.