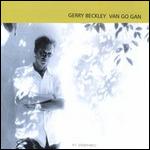 Gerald Linford Beckley (born September 12, 1952) is an American singer, songwriter, and musician, and a founding member of the band America.[1]

Beckley was born to an American father and an English mother. He began playing the piano at the age of three and the guitar a few years later. By 1962, Beckley was playing guitar in The Vanguards, an instrumental surf music band in Virginia. He spent every summer in England and soon discovered British invasion music.

In 1967, Beckley's father became the commander at the United States Air Force base at West Ruislip, near London. Gerry attended London Central High School in Bushy Park in south west London, where he played in various school bands and met his soon-to-be bandmates, Dewey Bunnell and Dan Peek. Originally, the group played on Friday nights at the local American teen club, mostly doing acoustic covers of Crosby, Stills, and Nash tunes. The original drummer was a classmate, Dave Atwood.

America signed a recording contract with the British division of Warner Bros. Records and found success in 1972 with "A Horse with No Name."

In the 1990 John Waters film Cry-Baby, Beckley, Andrew Gold, and Timothy B. Schmit appeared as Baldwin and the Whiffles, performing "Mister Sandman", "The Naughty Lady of Shady Lane", and "Sh-Boom".

Beckley has worked with a wide variety of musicians on many projects. In the mid-1970s, he collaborated with David Cassidy on Cassidy's critically acclaimed RCA albums, co-writing, dueting, and even co-producing. One of the most notable is the 2001 recording "Like a Brother", performed with Carl Wilson of The Beach Boys, and Robert Lamm of Chicago.

In May 2006, Beckley released another solo album, Horizontal Fall.

In March 2007, Beckley appeared as a guest on the Australian musical quiz TV show Spicks and Specks.[2]

On April 14, 2007, Beckley appeared as a special guest at a Ben Kweller show at the Corner Hotel in Melbourne, Australia. Beckley, Kweller, and the band performed "Sister Golden Hair" together.

Beckley debuted his 2016 Blue Elan Records solo album Carousel on September 7, 2016, with a live performance at the Whisky A-Go-Go in Hollywood, California.[3]

Beckley is also a member of Les Deux Love Orchestra.

Beckley has two sons, Matthew and Joe. Matthew is also a musician; he has toured with Katy Perry and has worked with other artists, including Ke$ha and Britney Spears.[4][5] Joe is an aspiring photographer in the Los Angeles area. Beckley, now married to an Australian, splits his time between homes in California and Australia.[6]

This article uses material from the article Gerry Beckley from the free encyclopedia Wikipedia and it is licensed under the GNU Free Documentation License.