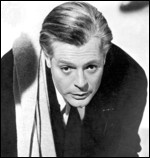 Mastroianni was born in Fontana Liri, a small village in the Apennines in the province of Frosinone, Lazio, and grew up in Turin and Rome. He was the son of Ida (née Irolle) and Ottone Mastroianni, who ran a carpentry shop,[1] and the nephew of the Italian sculptor Umberto Mastroianni (1910-1998). During World War II, after the division into Axis and Allied Italy, he was interned in a loosely guarded German prison camp, from which he escaped to hide in Venice.

His brother Ruggero Mastroianni (1929-1996) was a highly regarded film editor who not only edited a number of his brother's films, but appeared alongside Marcello in Scipione detto anche l'Africano, a spoof of the once popular peplum/sword and sandal film genre released in 1971.

Mastroianni made his onscreen debut as an uncredited extra in Marionette (1939) when he was fourteen, and his first big role was in Atto d'accusa (1951). Within a decade he became a major international celebrity, starring in Big Deal on Madonna Street (1958); and in Federico Fellini's La Dolce Vita opposite Anita Ekberg in 1960, where he played a disillusioned and self-loathing tabloid columnist who spends his days and nights exploring Rome's high society. Mastroianni followed La Dolce Vita with another signature role, that of a film director who, amidst self-doubt and troubled love affairs, finds himself in a creative block while making a movie in Fellini's 8½ (1963).

He was nominated for the Academy Award for Best Actor three times: for Divorce Italian Style, A Special Day and Dark Eyes. Mastroianni, Dean Stockwell and Jack Lemmon are the only actors to have been twice awarded the Best Actor at the Cannes Film Festival. Mastroianni won it in 1970 for Dramma della gelosia - tutti i particolari in cronaca and in 1987 for Dark Eyes.

Mastroianni starred alongside his daughter, Chiara Mastroianni, in Raúl Ruiz's Three Lives and Only One Death in 1996. For this performance he won the Silver Wave Award at the Ft. Lauderdale International Film Festival. His final film, Voyage to the Beginning of the World (1997), was released posthumously.

Mastroianni married actress Flora Carabella (1926-1999) in 1950.[2] They had one child together, Barbara (born 1952), and eventually separated because of his affairs with other women.[2] Mastroianni's first serious relationship after the separation was with Faye Dunaway, his co-star in A Place for Lovers (1968). Dunaway wanted to marry and have children, but Mastroianni, a Catholic, refused to divorce Carabella.[2] In 1971, after three years of waiting for Mastroianni to change his mind, Dunaway left him.[2]

Mastroianni had a daughter, Chiara Mastroianni, with actress Catherine Deneuve, his partner for four years in the 1970s. During that time, the couple made four movies together: It Only Happens to Others (1971), La cagna (1972), A Slightly Pregnant Man (1973) and Don't Touch the White Woman! (1974).

According to People magazine, Mastroianni's other lovers included actresses Lauren Hutton, Ursula Andress, Anouk Aimee and Claudia Cardinale.[2] Around 1976, he became involved with Anna Maria Tatò, an author and filmmaker, although they did not form an exclusive relationship until the early 1980s. They remained together until his death.[2]

Mastroianni died of pancreatic cancer on December 19, 1996 at the age of 72.[3][4] Both of his daughters, as well as Deneuve and Tatò, were at his bedside.[2] The Trevi Fountain in Rome, associated with his role in Fellini's La Dolce Vita, was symbolically turned off and draped in black as a tribute.[4][5]

At the 1997 Venice Film Festival, Chiara, Carabella and Deneuve tried to block the screening of Tatò's four-hour documentary, Marcello Mastroianni: I Remember.[6] The festival refused and the movie was shown.[6] The three women reportedly tried to do the same thing at Cannes.[6] Tatò said Mastroianni had willed her all rights to his image.[6]

This article uses material from the article Marcello Mastroianni from the free encyclopedia Wikipedia and it is licensed under the GNU Free Documentation License.