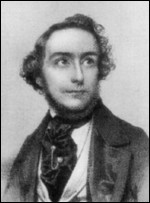 Born in Genoa, he was a pupil of Paganini. He also studied with Restano, Giacomo Costa and Dellepiane. From 1827 Sivori began the career of a travelling virtuoso, which lasted almost without interruption until 1864. He played Mendelssohn's concerto for the first time in England in 1846, and was in England again in the seasons of 1851 and 1864. He lived for many years in Paris, and died in Genoa on February 18, 1894.

He collaborated with composers of his day, including Franz Liszt. He played the first performance of Luigi Cherubini's "Requiem" in E minor.

He owned many valuable instruments, including violins by Amati, Stradivari, Bergonzi, and Jean Baptiste Vuillaume. His favourite was the Vuillaume violin, which he received from Paganini. It was an impeccably close copy of Paganini's famous Cannone Guarnerius.

Sivori was known to adapt many peculiar pieces such that he could play them, and many of these pieces, once thought absurd, have now become quite popular. The best example of this is Giovanni Bottesini's Gran Duo Concertante, which was a double concerto originally written for two double basses, alternating the melody. Sivori changed it from two double basses to a violin and a double bass, alternating parts and sometimes playing together in the same octave.

This article uses material from the article Camillo Sivori from the free encyclopedia Wikipedia and it is licensed under the GNU Free Documentation License.