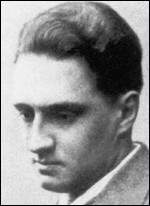 Rudi Stephan (29 July 1887 Worms, Grand Duchy of Hesse – 29 September 1915), was a German composer of great promise who shortly before the First World War was considered one of the leading talents among his generation.[1][2] He died in the war aged 28.

Stephan was a composition pupil of Bernhard Sekles at the Hoch Conservatory in Frankfurt and of Heinrich Schwartz and Rudolf Louis in Munich, where he settled after completing his studies in 1908. He left only a few works: his liking for pointedly neutral titles along the lines of 'Music for ...' has caused him to be seen as a forerunner of the 'New Objectivity' of the post-war era, but his music is in fact in a hyper-expressive late-Romantic idiom which has more plausibly been seen by some as a kind of proto-Expressionism. His father, a Privy Councillor, was able to finance the performance of his early works, which at first met with incomprehension, but the premiere of his 1912 Music for Orchestra in Worms was a major critical breakthrough. He completed his only opera, Die ersten Menschen, shortly after the outbreak of the war, and it was eventually premiered in Frankfurt, five years after his death from a bullet in the brain fired by a Russian sharpshooter, at Chodaczków Wielki near Tarnopol on the Galician Front, now Ukraine.

His complete orchestral works have been recorded by the Melbourne Symphony Orchestra conducted by Oleg Caetani.[2][3]

This article uses material from the article Rudi Stephan from the free encyclopedia Wikipedia and it is licensed under the GNU Free Documentation License.

Johann Sebastian Bach Konzert für 2 Violinen d-moll BWV 1043
Update Required To play the media you will need to either update your browser to a recent version or update your Flash plugin.