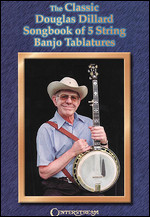 The Dillards are an American bluegrass band from Salem, Missouri, popularly known for their appearance as "The Darlings" on The Andy Griffith Show.[1]

Though The Dillards were already an established bluegrass band, their biggest claim to fame is playing the fictional bluegrass band "The Darlings" on The Andy Griffith Show, introducing bluegrass to many Americans who had never heard it.[1] This was a recurring role and the Dillards were led by veteran character actor Denver Pyle as their father and jug player, Briscoe Darling. Maggie Peterson played Charlene Darling, their sister and the focus for the attentions of character Ernest T. Bass, played by Howard Morris. The appearances of the Dillards as the Darlings ran between 1963 and 1966. In 1986, the Dillards reprised the role in the reunion show Return to Mayberry. As part of their current tour, Rodney Dillard answers questions about the TV series. He says the songs such as "Dooley" are about people the family knew.[1]

The Dillards are notable for being among the first bluegrass groups to have electrified their instruments in the mid-1960s.[3] They are considered to be one of the pioneers of the burgeoning southern California folk rock, country rock andprogressive bluegrass genres, and are known to have directly or indirectly influenced artists such as The Eagles, The Byrds, and Elton John.[4] In 1972, The Dillards joined Elton John on his first American tour.[1]

Rodney Dillard has recorded Dont Wait for the Hearse to Take You to Church and I Wish Life Was Like Mayberry on the Rural Rhythm Records label with his wife Beverly.[1]

Beverly Cotten-Dillard is a native of Morrisville, North Carolina who performed with Janette Carter, Ola Belle Reed, Tommy Jarrell, and Doc and Merle Watson. She has appeared on Hee Haw and the Disney Channel and at Carnegie Hall. Her 1981 album Clog-In 'is considered an American folk classic."[1]

George Giddens plays both the mandolin and the fiddle and is one of the best pickers to be found.

This article uses material from the article The Dillards from the free encyclopedia Wikipedia and it is licensed under the GNU Free Documentation License.