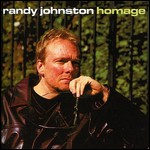 Randy Johnston (b. 1956, Detroit) is an American jazz guitarist.

Johnston moved to Richmond, Virginia, at age thirteen, and played rock music as a teenager. He studied at the University of Miami late in the 1970s and switched focus to jazz music, playing there with Ira Sullivan. He moved to New York City in 1981, and in the 1980s played with Houston Person and Etta Jones. In 1991 he signed with Muse Records; his first two albums were produced by Person and engineered by Rudy Van Gelder. He has recorded steadily as a leader since then, and has also played as a sideman on albums with Lionel Hampton, Lou Donaldson, Jack McDuff, Lonnie Smith, and Joey DeFrancesco.

This article uses material from the article Randy Johnston from the free encyclopedia Wikipedia and it is licensed under the GNU Free Documentation License.

John Dowland "The King of Denmark, His Gaillard"
Update Required To play the media you will need to either update your browser to a recent version or update your Flash plugin.