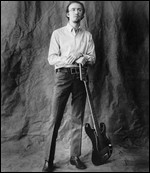 Radle was best known for his long association with Eric Clapton, starting in 1969 with Delaney and Bonnie and Friends and continuing in 1970 with Derek and the Dominos, recording with drummer Jim Gordon, guitarist Duane Allman, and keyboardist Bobby Whitlock. In 1970 Radle joined Joe Cocker's Mad Dogs and Englishmen tour. He worked on all of Clapton's solo projects from 1970 until 1979 and was a member of Clapton's touring band, Eric Clapton & His Band, from 1974 to 1979. Radle was instrumental in facilitating Clapton's return to recording and touring in 1974. During Clapton's three-year hiatus, Radle furnished him with a supply of tapes of musicians with whom he'd been working. Dick Sims and Jamie Oldaker were the core of Clapton's band during the 1970s. Radle served as more than a sideman, acting also as arranger on several songs, notably "Motherless Children". Radle earned credit as an associate producer of Clapton's album No Reason to Cry.

Radle was a session musician for many of the most famous blues rock and rock and roll artists in the 1970s, including Rita Coolidge and Kris Kristofferson. He appeared in the film The Concert for Bangladesh; recordings from that concert were released as an album in 1972. Over the two-year period before the release of the album The Concert for Bangladesh, Radle recorded albums with Dave Mason, J. J. Cale, George Harrison, Joe Cocker, Leon Russell, and Buddy Guy, among others. He can be seen in Martin Scorsese's 1978 film The Last Waltz, which documented the final concert of the Band, held in 1976.

Over the course of his career, Radle played on a number of gold and platinum singles and albums and garnered the respect of many musicians. His bass lines were often simple and repetitive, but always with the purpose of supporting the song.[2]

Radle was born in Tulsa, Oklahoma, and died in May 1980 from a kidney infection, exacerbated by the effects of alcohol and narcotics; he was 37.[3]

With Derek and the Dominos

This article uses material from the article Carl Radle from the free encyclopedia Wikipedia and it is licensed under the GNU Free Documentation License.