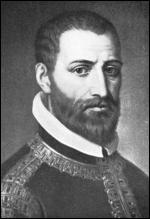 Jacques Arcadelt (also Jacob Arcadelt) (1507c. 1507 14 October 1568) was a Franco-Flemish composer of the Renaissance, active in both Italy and France, and principally known as a composer of secular vocal music. Although he also wrote sacred vocal music, he was one of the most famous of the early composers of madrigals; his first book of madrigals, published within a decade of the appearance of the earliest examples of the form, was the most widely printed collection of madrigals of the entire era.[1] In addition to his work as a madrigalist, and distinguishing him from the other prominent early composers of madrigals Philippe Verdelot and Costanzo Festa he was equally prolific and adept at composing chansons, particularly late in his career when he lived in Paris.[2]

Arcadelt was the most influential member of the early phase of madrigal composition, the "classic" phase; it was through Arcadelt's publications, more than those of any other composer, that the madrigal became known outside of Italy. Later composers considered Arcadelt's style to represent an ideal; later reprints of his first madrigal book were often used for teaching, with reprints appearing more than a century after its original publication.[3]

While little is known about his early life, a Flemish origin along with a French upbringing has been suggested from variations on the spelling of his name, and he may originally have been from the vicinity of Liège or Namur, in present-day Belgium. He moved to Italy as a young man, and was present in Florence by the late 1520s, therefore having an opportunity to meet or work with Philippe Verdelot, who wrote the earliest named madrigals.[4] In or immediately before 1538 he moved to Rome where he obtained an appointment with the papal choir at St. Peter's Basilica; many composers from the Netherlands served as singers there throughout this era, and it is even possible that he went to Rome before coming to Florence.[5] Still in Rome, in January 1539, he probably was made a member of the Julian Chapel (the records give his name as "Jacobus flandrus", suggesting a Flemish origin, but it cannot be known with certainty if this record referred to Arcadelt).[6] After some months there he became a member of the Sistine Chapel, where he was appointed "magister puerorum." The same year saw the publication of no less than four books of his madrigals.[7] The first of these collections, Il primo libro di madrigali, went through 45 editions, becoming the most widely-reprinted collection of madrigals of the time.[8]

Arcadelt remained in Rome as a singer and composer at the Sistine Chapel until 1551, except for one leave of absence to visit France in 1547. During this period, probably in early 1542, he made the acquaintance of Michelangelo, but his madrigalian settings of two of the artist's sonnets were received with indifference; indeed, from Michelangelo's letters on the topic, he probably considered himself unmusical and incapable of appreciating Arcadelt's work. Michelangelo paid Arcadelt with a piece of satin suitable for making into a doublet.[9]

Arcadelt wrote over 200 madrigals before he left Italy in 1551 to return to France, where he spent the remainder of his life; his numerous chansons date from this and subsequent years.[10] In 1557 he published a book of masses, dedicated to his new employer, Charles de Guise, Cardinal of Lorraine (Arcadelt was maître de chapelle, i.e. choirmaster for him). In this publication he was mentioned as a member of the royal chapel, and therefore must have served both Henry II (died 1559) and Charles IX during this late phase of his career. In Paris he employed the publishing house of Le Roy and Ballard, who printed his abundant chansons, masses and motets just as the Venetian printers had earlier printed his madrigals.[11]

François Rabelais immortalized Arcadelt in the introduction to Book IV of Gargantua and Pantagruel, where he includes the musician between Clément Janequin and Claudin de Sermisy as part of a choir singing a ribald song, in which Priapus boasts to the gods on Mount Olympus of his method of using a mallet to deflower a new bride.[12][13]

During his long and productive career, Arcadelt wrote music both sacred and secular, all of it vocal. He left a total of 24 motets, 125 French chansons, approximately 250 madrigals (about fifty of which are of uncertain attribution), three masses, as well as settings of the Lamentations of Jeremiah and the Magnificat. There may be as many as 250 more madrigals by Arcadelt which survive anonymously in manuscript sources.[14][15] Influences on his music ranged from the chanson and polyphonic style of his northern homeland, the native secular music of Italy such as the frottola, and the music he heard while he served in the Sistine Chapel choir. Of all the early madrigalists, he was by far the most universal in his influences as well as his appeal; and his influence on others was enormous. Arcadelt brought the madrigal form to its early maturity.[16]

Arcadelt's several hundred madrigals, composed over a span of at least two decades, were usually for four voices, although he wrote a few for three, and a handful for five and six voices. Stylistically his madrigals are melodious and simple in structure, singable, and built on a clear harmonic basis, usually completely diatonic. The music is often syllablic, and while it sometimes uses repeated phrases, is almost always through-composed (as opposed to the contemporary chanson, which was often strophic).[17] Arcadelt alternates homophonic and polyphonic textures, "in a state of delicate, labile equilibrium."[18] His madrigals best represent the "classic" phase of development of the form, with their clear outline, four-part writing, refinement, and balance; the word-painting, chromaticism, ornamentation, virtuosity, expressionistic and manneristic writing of madrigalists later in the century are nowhere to be found in Arcadelt.[19]

His music became immensely popular in Italy and France for more than a hundred years, with his first book of madrigals being reprinted fifty-eight times by 1654, and his music appearing in innumerable intabulations for instruments such as the lute, guitar, and viol.[20] Additional hints to his popularity are the frequency with which anonymous compositions were attributed to him, and the appearance of his music in several paintings of musicians from the time.[21] Likely his popularity was due to his gift for capturing the Italian spirit and marrying it with the technical perfection of the Franco-Flemish harmonic and polyphonic style; in addition he wrote catchy tunes which were easy to sing. Unlike later generations of madrigal composers, Arcadelt did not expect professional singers to be the only consumers of his work; anyone who could read notes could sing his madrigals.[22]

For his texts, Arcadelt chose poets ranging from Petrarch (and his setting of a complete canzone, as a set of five interrelated madrigals, was the predecessor of the vogue for madrigal cycles), Pietro Bembo, Sannazaro, to Florentines Lorenzino de'Medici, Benedetto Varchi, Filippo Strozzi, and Michelangelo himself, to others such as Luigi Cassola of Piacenza, a now-obscure writer who was among the most often-set poets of the early madrigalists.[23][24] Much of the poetry of Arcadelt's madrigals has remained anonymous, just as some of Arcadelt's music doubtless survives anonymously. Another poet he set was the Marquis Alfonso d'Avalos, who wrote the words to his most single famous composition, and one of the most enduring of the entire 16th century: the four-voice madrigal Il bianco e dolce cigno (The white and gentle swan).[25]

This madrigal was appealing on many levels. According to Alfred Einstein, writing in The Italian Madrigal, "...he is content with a simple, tender declamation of the text, depending upon the elementary and magical power of music, of harmony, which veils this poem in a cloak of sublime and distant sentimentality. Here is attained the ideal of what the time expected of the dolcezza [sweetness] and the suavità [suaveness] of music. Arcadelt has conferred upon this composition a quality which is very rare in sixteenth-century secular music, namely durability..."[26] The texture is mostly homophonic, with a hint of fauxbourdon in the harmony; the subject matter is erotic, with the orgasmic "thousand deaths" portrayed by a rising fourth figure in close imitation; brief bits of word-painting occur, such as the use of a flattened seventh on "piangendo"; and the musical phrases overlap the lines of verse, blurring the formal division of the line, a technique known in music, as in poetry, as enjambment.[27][28]

Since Arcadelt lived both in France in Italy and wrote secular music in both places, his chansons and madrigals not unexpectedly share some features. The chanson was by nature a more stable form, often strophic and with patterned repetition; the madrigal, on the other hand, was usually through-composed.[29] As Arcadelt borrowed some features of the chanson when he wrote his madrigals, he wrote some of his chansons with madrigalian features. Most of his chansons are syllablic and simple, with brief bursts of polyphonic writing, occasionally canonic, and with sections imitating the note nere style of the madrigal the fast "black notes" producing the effect of a patter song. Some of his chansons were actually contrafacta of his madrigals (the same music, printed with new words French instead of Italian). Rarely in music history were the madrigal and the chanson more alike.[30]

In addition to his copious output of madrigals and chansons, Arcadelt produced three masses, 24 motets, settings of the Magnificat, the Lamentations of Jeremiah, and some sacred chansons the French equivalent of the madrigale spirituale. The masses are influenced by the previous generation of Franco-Flemish composers, particularly Jean Mouton and Josquin Des Prez; the motets, avoiding the dense polyphony favored by the Netherlanders, are more declamatory and clear in texture, in a manner similar to his secular music. Much of his religious music, except for the sacred chansons, he probably wrote during his years in the papal chapel in Rome. Documents from the Sistine Chapel archives indicate that the choir sang his music during his residence there.[31]

Antoine Gardano became the primary Italian publisher for Arcadelt, although the competing Venetian publishing house of Scotto brought out one of his madrigal books as well.[32][33] Arcadelt's Il bianco e dolce cigno opened one of Gardano's books; as the piece had already achieved immense fame, it was the main selling point.[34] In Paris, some of Arcadelt's chansons appeared as early as 1540 in the publications of Pierre Attaingnant and Jacques Moderne, so must have been written in Italy.[35] After Arcadelt returned to France, his chansons, masses, and motets appeared in the editions of the printing firm of Le Roy and Ballard throughout the 1550s and 1560s, while his music was still being printed in distant Venice.[36]

A complete modern edition of Arcadelt's works is published in CMM, xxxi, 1-10 (ten volumes), edited by Albert Seay. The first volume contains Arcadelt's masses; his secular compositions are in volumes two through nine, and his motets and other sacred music are in volume ten.

This article uses material from the article Jacques Arcadelt from the free encyclopedia Wikipedia and it is licensed under the GNU Free Documentation License.

Ludwig van Beethoven Sechs Variationen über ein Schweizer Lied WoO 64
Update Required To play the media you will need to either update your browser to a recent version or update your Flash plugin.