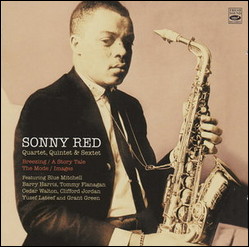 Sonny Red (born Sylvester Kyner Jr., December 17, 1932, Detroit – March 20, 1981, Detroit) was an American jazz alto saxophonist associated with the hard bop idiom among other styles. He had some success in the 1960s but fell into obscurity by the late 1970s.

This article uses material from the article Sonny Red from the free encyclopedia Wikipedia and it is licensed under the GNU Free Documentation License.

Luigi Boccherini Allegro con moto aus der Sinfonie C-Dur op.12 Nr.3
Update Required To play the media you will need to either update your browser to a recent version or update your Flash plugin.