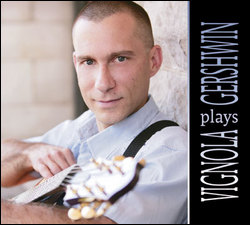 Vignola began on guitar at age five. While he never listened to jazz exclusively, he has a wide range of influences, such as Les Paul, Eddie Van Halen and Frank Zappa. He later studied at the Cultural Arts Center of Long Island. He worked extensively as a sideman in the 1980s, with artists such as Madonna, Leon Redbone, and Ringo Starr. In 1993 he signed with Concord Jazz, when he was 27 and has released several albums under his own name since then. He has written 18 instructional guitar books and has recorded multiple instructional CD-ROMs for Truefire.com.

This article uses material from the article Frank Vignola from the free encyclopedia Wikipedia and it is licensed under the GNU Free Documentation License.