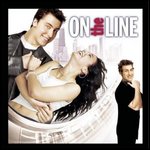 Joey Fatone (born Joseph Anthony Fatone, Jr. on January 28, 1977; last name pronounced IPA: /fton/) is an American singer, actor and television personality. He is best known as a member of the boyband, 'N Sync, in which he sang baritone. In 2007, he came in second place on the ABC reality show Dancing With The Stars. He is also the host of the American and Australian versions of The Singing Bee and aired on National Broadcasting Company in the United States of America.

Fatone, an Italian American,[1] was born in the Bensonhurst section of Brooklyn, New York, the son of Phyllis and Joseph Anthony Fatone, Sr., who is an actor and musician.[2] He has two older siblings, Janine and Steven. At age 13, Fatone and his family moved to Orlando, Florida. There, Fatone attended and graduated from Dr. Phillips High School. Reportedly, at his graduation, Fatone sang a rendition of "The Star Spangled Banner", celebrated as a precursor to his future success.

Before becoming famous, Fatone appeared as a contestant on the classic Nickelodeon game show Nick Arcade. However, Fatone and his partner on that episode did not proceed to the bonus round because of buzzing in and answering a question about Abraham Lincoln incorrectly.

After high school, Fatone worked as a performer at Universal Studios in Orlando, where he played "Wolfie" in Beetlejuice's GraveYard Revue. In 2001, Fatone co-starred with *NSYNC bandmate Lance Bass in the Miramax film On the Line, and also did voice work with Bass on the same episodes of Disney's Kim Possible and Adult Swim's Robot Chicken. He also performed in the 2002 dramatic comedy motion picture My Big Fat Greek Wedding as Toula's cousin Angelo, and acted in the critically acclaimed movie The Cooler. He has had minor roles in the experimental film, Red Riding Hood, and in Homie Spumoni, alongside Jamie-Lynn Sigler. Fatone has also been on Broadway performing leads in Rent and in a revival of Little Shop Of Horrors.

Fatone hosted NBC's The Singing Bee as well as the Australian version of the show on Nine Network. On August 21, 2007, it was announced that Fatone, along with Lisa Rinna, will be replacing Joan Rivers and Melissa Rivers as hosts of TV Guide's red carpet pre-shows for the 2007-2008 season. His hosting duties with TV Guide continued for the 2008-2009 season.

Fatone was also in an episode of Hannah Montana as a restaurant owner who books Hannah to bring back customers after a bad mishap. He is also the "ringmaster" for the new NBC celebrity reality series Celebrity Circus (which is based on the Australian version).

In November 30, 2007, he participated in the taping of the 2007 Walt Disney World Christmas Day Parade inside the Magic Kingdom at Disney World in Orlando, Florida.

Dancing with the Stars

On February 1, 2007, the ABC television network announced that Fatone would participate in season 4 of the American version of Dancing with the Stars, which debuted March 19, 2007.[3] He competed with professional partner Kym Johnson.

The couple received a score of 24 out of 30 for their cha cha and were the highest-scoring couple for the first week of Season 4. In the second round of competition, Joey and his partner received a score of 24 out of 30 once more for the Quickstep, for a two-week total of 48 out of 60. On the fourth week, the dance team received the first 10 of the season, giving them a total score of 28 out of 30. He received a perfect score of 60 in the semi-finals along with Laila Ali. Joey and his partner, Kym, competed against Laila and her partner Maksim, and Apolo Ohno with his partner Julianne Hough in the finale. They received a score of 86 out of 90 in the finals and a perfect 30 for their freestyle routine. Also on the final results show, he did the exact same tango he did earlier in the season and scored a perfect 30.

On October 18, 2009, Fatone showed up at TNA Wrestling's biggest annual pay-per-view event TNA Bound for Glory and co-hosted the live pre-show alongside Jeremy Borash. This was not the first time Fatone has been linked to TNA as he has been spotted at Universal Orlando where TNA tapes their weekly television program.[4]

On September 9, 2004, Fatone married his on-and-off girlfriend of 10 years, Kelly Baldwin.[5] The ceremony took place in Oheka Castle in Long Island, New York and was attended by all of Fatone's bandmates.[6] Fatone and his wife have two daughters together, Briahna Joely, born on March 21, 2001, and Kloey Alexandra, born on January 11, 2010[7]. Fatone's best friend, Lance Bass is Briahna's godfather.[8]

According to a recent appearance on MTV Cribs, Fatone owns one of the actual KITT cars used on the series Knight Rider, although it may be a replica, created by George Barris. The car is a replica that he believed was original but the only originals left are in museums due to the shows deal with GM. The cars used on the show came from damaged shipments that could not be sold to the public. None of the cars could be owned private. [9]

He starred in an episode of Robot Chicken as himself, in an episode called "Enter The Fat One", a nickname given based on his last name, and in the Star Wars episode.

This article uses material from the article Joey Fatone from the free encyclopedia Wikipedia and it is licensed under the GNU Free Documentation License.