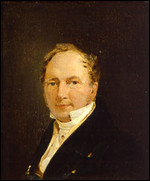 Weyse was born at Altona in Holstein, which was in a personal union with Denmark. He gained much interest in music in his hometown and Hamburg, where C.P.E. Bach was the municipal director of music.[1] At age fifteen (1789), Weyse was sent to live with his uncle in Copenhagen to be educated, and lived there for the rest of his life. While in Copenhagen he studied music with Johann Abraham Peter Schulz. Schulz helped Weyse get an unpaid internship at the Reformed Church in Copenhagen. In 1794, he was appointed organist at the same church following the former organist's death.[1] He later served in the same post at the Vor Frue Kirke after 1805. In 1819, he was appointed Court composer. He died in Copenhagen.

He was best known for his vocal works, which included numerous singspielen, Christmas carols, a setting of the Te Deum and of the Miserere, over 30 cantatas,[1] and above all, lieder after poems by Matthias Claudius, Johann Heinrich Voss and Ludwig Heinrich Christoph Hölty. He also composed seven symphonies and numerous pieces for solo piano. A part of one of his works opens the ‘Cat's Duet’ or Duetto buffo di due gatti usually attributed to Rossini.

Unlike Johann Sebastian Bach’s cantatas, Weyse's cantatas were designed to be played after the service, rather than used as liturgical music during the service.[1]

His Easter Cantata No. 1, Hil dig, hil dig, livets morgenrøde, was written in 1836 and is based on the works of Thomas Thaarup. The work premiered on Sunday 22 April in Trinitatis Church.[1]

This article uses material from the article Christoph Ernst Friedrich Weyse from the free encyclopedia Wikipedia and it is licensed under the GNU Free Documentation License.