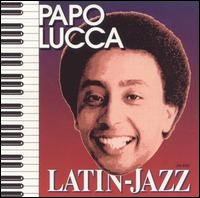 Enrique Arsenio Lucca Quiñones, better known as Papo Lucca, is a Puerto Rican multi-instrumentalist best known for his pianist skills. His main musical genres are Salsa and Latin Jazz. He ranks with the late Charlie Palmieri, as one of the best piano instrumentalists in Latin Jazz and Salsa. He is the co-founder with his father Don Enrique "Quique" Lucca Caraballo of the Puerto Rican band La Sonora Ponceña. He has also played and recorded with the Fania All-Stars, Hector Lavoe, Willie Colón, Celia Cruz, Johnny Pacheco, Bobby Valentín, Ismael Quintana, Gloria Estefan, Adalberto Santiago, Andy Montañez, Pablo Milanés, and Rubén Blades. He is also a well-known music arranger.

With his dynamic piano playing and unique approach to salsa, Papo Lucca has led his band, La Sonora Ponceña, to the forefront of Latin music. Inheriting the group from his father, Lucca has continued to inspire La Sonora Ponceña with his innovative playing. While Rubén Blades called Lucca, "the best pianist in the world", Cuban pianist Ruben Gonzalez explained, "of non-Cuban pianists, I most admire [Lucca] because his salsa is very close to son. Son piano is more varied than salsa piano which is more formulaic and holds on to a single riff much longer."

Lucca has been involved with music most of his life. A native of Ponce, a city on the southern coast of Puerto Rico, he began studying at the city's Free School of Music at the age of six. In addition to being trained in solfeggio, he studied piano, clarinet, saxophone, and music theory. A month after he enrolled in the school, he performed a classical piece on a local radio station. Lucca simultaneously studied privately with pianist Ramón Fernández. With his father's encouragement, Lucca advanced quickly. Performing with La Sonora Ponceña at the age of eight, he made his recording debut three years later, when the group accompanied bolero vocalists Felipe Rodriguez and Davilita on their album, Al Compas De Las Sonoras. At the age of fourteen, Lucca began an "official" member of La Sonora Ponceña.

Throughout the 1950s, Lucca remained active as a musician. In addition to playing solo piano on a television show hosted by Ruth Fernández, he recorded with Obdulio Morales, Orquestra Panamerica, and Machito. Despite his busy schedule, Lucca found time to continue his formal studies. Graduating from the University of Puerto Rico, he went on to study at the Puerto Rico Conservatory of Music. His first opportunity to showcase his talents came in 1976 when he co-produced La Sonora Ponceña's album, Musical Conquest/Conquista Musical, with Louie Ramirez. Two years later, he produced the group's album, Explorando, on his own. Although he's remained committed to Sonora Ponceña, Lucca has balanced his involvement with a variety of outside projects. In 1976, he replaced pianist Larry Harlow in the Fania All-Stars. He continued to perform with the group until the mid-1990s.

Lucca reached a professional high in 1979. Together with La Sonora Ponceña, he collaborated with influential Latin vocalist Celia Cruz on an album, La Ceiba, and appeared with Cruz in a television documentary, Salsa. The same year, he performed on an album, Habana Jam, along with the Fania All-Stars, which was recorded during a concert in Cuba. Lucca also recorded a solo piano album, Latin Jazz, in 1993.

As Member of The Fania All-Stars

This article uses material from the article Papo Lucca from the free encyclopedia Wikipedia and it is licensed under the GNU Free Documentation License.