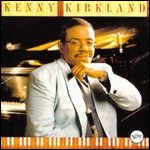 Born in Brooklyn, New York in 1955, Kirkland was six when he first sat down at a piano keyboard. After years of Catholic schooling, Kirkland enrolled at the Manhattan School of Music, where he studied classical piano performance, classical theory and composition.

In 1980, while Kirkland was on tour in Japan with Hino, he met Wynton Marsalis, which began their long association.[4] On Marsalis's self-titled debut album, Kirkland shared the piano duties with one of his musical influences, Herbie Hancock,[5] but was the sole pianist on Marsalis's subsequent releases Think of One,[6] Hothouse Flowers[7] and Black Codes.[8] After his association with Wynton Marsalis, Kirkland joined Branford Marsalis's band.[9] He is also on Marsalis's funk band album Buckshot Lefonque.[10] When Branford Marsalis assumed the high-visibility role of bandleader for NBC TV's The Tonight Show with Jay Leno, Kirkland became the band's pianist.[11] But his time on the Los Angeles-based The Tonight Show was short-lived, for while he finally received publicity, he felt he was not making "real music", and thus returned to the East Coast and more creative work after two years as The Tonight Show's pianist. He also ran contrary to jazz orthodoxy when he left Wynton Marsalis's acoustic traditional jazz combo to join Branford Marsalis, accompanying ex-Police pop star Sting. With Sting, and Marsalis (plus others) he played the keyboard synthesizer on the album The Dream of the Blue Turtles.

In 1991, he released his debut as a leader, Kenny Kirkland, on GRP Records. Thunder And Rainbows (1991, Sunnyside Records), by "Jazz from Keystone", is a trio album with Kirkland, Charles Fambrough, and Jeff "Tain" Watts.[12]

Leading up to and on June 1–3, 1998, Kirkland worked with long-time associate Jeff "Tain" Watts on the drummer's debut recording Citizen Tain. According to producer Delfeayo Marsalis, "He was clearly not in good shape." When asked about going to the doctor, Kirkland responded, "After the session. If I go now, they'll make me check into a hospital." On June 4, doctors told Kirkland he had a congestive heart condition that required an operation. However, due to 20 years of road work without adequate vacations and a lack of physical exercise for many years, his chances of surviving any surgery were deemed 50/50 or less. Fearful of going under the blade, Kirkland accepted his fate and was soon on the road with Branford Marsalis again. On November 7, 1998, Kirkland attended Marsalis's wedding in his home town of New Rochelle, New York. Kirkland was found dead in his Queens apartment on Friday, November 13, 1998.[13]

The official doctor's report listed his death as due to congestive heart failure. He was survived by his mother, a brother and two sisters.

This article uses material from the article Kenny Kirkland from the free encyclopedia Wikipedia and it is licensed under the GNU Free Documentation License.