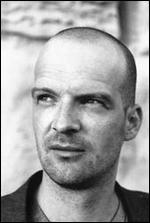 Wolfgang Muthspiel (born 2 March 1965, Judenburg, Austria) is an Austrian jazz guitarist and record label owner. He is the brother of musician Christian Muthspiel.

When he was six, he began playing violin, and at fourteen he moved on to classical guitar. He went to the Berklee College of Music on a scholarship. Beginning in 1985, he recorded three albums with his brother Christian. He released his first solo album, Timezones, in 1989. For two years, he toured with Gary Burton and guitarist Mick Goodrick, one of his teachers at Berklee.[1]

During the 1990s, Muthspiel lived in New York City and recorded more solo albums. His sidemen included Don Alias, Larry Grenadier, Tom Harrell, and Kenny Wollesen. He appeared as a guest on albums by Patricia Barber, Marc Johnson, Paul Motian, and Gary Peacock. He was the given the award for Austrian Jazz Musician of the Year in 1997. He founded his own label, Material Records, in 2000, and recorded again with his brother Christian and with Norwegian singer Rebekka Bakken.[1]

He formed the MGT trio with Slava Grigoryan and Ralph Towner, another trio with Larry Grenadier and Brian Blade, and one with Brad Mehldau and Ambrose Akinmusire.[2]

He has composed for the Austrian Esterházy Foundation, the Austrian Ministry of Arts, Benjamin Schmid, Hugo Wolf Quartet, and Klangforum Wien.[1]

This article uses material from the article Wolfgang Muthspiel from the free encyclopedia Wikipedia and it is licensed under the GNU Free Documentation License.