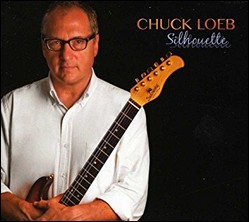 Loeb was born in Nyack, New York, near New York City. At a young age, he listened to Jimi Hendrix, Eric Clapton, Cream, Led Zeppelin, The Beatles, The Rolling Stones, and Bob Dylan. According to a 2005 JazzTimes article, the first song he learned on guitar was Dylan's "Like a Rolling Stone", which he would later play at a guest appearance with Dylan.[1] He discovered jazz when he was sixteen through the music of guitarists Wes Montgomery, George Benson, John McLaughlin, and Pat Martino.[2] At that point, Loeb chose to become a musician and "never thought of doing anything else".[3]

He studied with local music teachers, then traveled to Philadelphia and became a student of jazz guitarist Dennis Sandole. In New York City, he learned from Jim Hall.[4] For two years he attended Berklee College of Music in Boston, then left in 1976 to seek professional work in New York City.

In New York, Loeb played with Chico Hamilton, Ray Barreto, and Hubert Laws. Starting in 1979, he was a member of Stan Getz's group.[5] Getz later became the best man at his wedding to singer Carmen Cuesta.[1] Loeb and Mitchel Forman, who was also in Getz's group, formed the jazz fusion band Metro (1994).[6] In the 1980s, he was a member of the group Steps Ahead, which included Michael Brecker, someone Loeb credits as an influence.[7] He replaced Larry Carlton as guitarist in Fourplay (2010).[8]

Loeb and his wife have recorded together, with Cuesta providing vocals on his albums and Loeb playing on Cuesta's albums,[9] and their daughters Lizzy and Christina contributing vocals.[10]

Loeb began a solo career in 1988 with his debut album My Shining Hour on the Japanese record label Pony Canyon. He released subsequent albums on DMP Digital Music Products among which "Life Colors" (1990) until receiving commercial success with Shanachie Records on The Music Inside (1996). The title song from the album held the number one position on the jazz charts for six weeks.[4] Later, he produced Moon, the Stars, & the Setting Sun (1998), Listen(1999) In a Heartbeat (2001), and All There Is (2002).

Loeb's music has appeared on TV shows, commercials,[3] and movie soundtracks, including The Untouchables, You've Got Mail, and Hitch.

With the Fantasy Band

This article uses material from the article Chuck Loeb from the free encyclopedia Wikipedia and it is licensed under the GNU Free Documentation License.