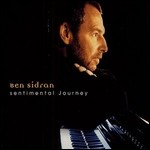 Ben Hirsh Sidran (born August 14, 1943) is an American jazz and rock keyboardist, producer, label owner, and music writer. Early in his career he was a member of the Steve Miller Band.

Sidran was raised in Racine, Wisconsin, and attended the University of Wisconsin–Madison in 1961, where he became a member of The Ardells with Steve Miller and Boz Scaggs.[1] When Miller and Scaggs left Wisconsin for the West Coast, Sidran stayed behind to earn a degree in English literature. After graduating in 1966, he enrolled in the University of Sussex, England, to pursue a PhD. While in England, he was a session musician for Eric Clapton, The Rolling Stones, Peter Frampton, and Charlie Watts.

In San Francisco, Steve Miller invited Sidran to join his band after keyboardist Jim Peterman left.[1] Sidran joined as keyboardist and songwriter, appearing on the albums Brave New World, Your Saving Grace, Number 5, and Recall the Beginning...A Journey from Eden. He produced Recall the Beginning and co-wrote the hit song "Space Cowboy". In 1988, he produced Miller's jazz album Born 2B Blue. He has also produced albums for Mose Allison and Diana Ross.[1]

Sidran returned to Madison, Wisconsin, in 1971 and has spent most of his life there. He taught courses at the university (on the business of music) and beginning in 1981 hosted jazz radio programs for NPR (including the Peabody Award-winning Jazz Alive series) and TV programs for VH1 (where his New Visions series in the early 1990s won the Ace Award.)

As a musician and a producer he has released over 30 solo recordings. His written works include the book Black Talk (on the sociology of black music in America), the memoir A Life in the Music, Talking Jazz, a collection of his historic interviews with jazz musicians, and There Was a Fire: Jews, Music and the American Dream, a cultural history of the Jewish contribution to American popular music during the 20th century and a finalist for the 2012 National Jewish Book Award.

Sidran has been referred to by the Chicago Sun Times as a "Renaissance man cast adrift in a modern world", and by The Times as "the first existential jazz rapper", in reference to his commentary while playing music.

Talking Jazz includes an 80-page booklet with essays from writers, critics and musicians, classic photos from Lee Tanner, and 24 compact discs featuring conversations with 60 jazz musicians, recorded during a five-year period for Sidran's award-winning NPR program Sidran on Record. The 24 CDs orchestrated by Sidran document the speaking voice of jazz musicians, including Miles Davis, Art Blakey, and others.[2]

This article uses material from the article Ben Sidran from the free encyclopedia Wikipedia and it is licensed under the GNU Free Documentation License.