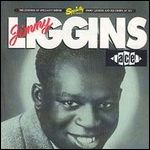 The son of Harriett and Elijah Elliott, he was born in Newby, Oklahoma, United States,[4] and adopted his stepfather's surname, Liggins, as a child.[1] He moved with his family to San Diego, California in 1932. He fought under the name of Kid Zulu as a professional boxer until age 18, when he began as a driver for his brother Joe's band, the Honeydrippers.[5]

Liggins started his own recording career as a singer, guitarist, and leader of the Drops of Joy, on Art Rupe's Specialty label in 1947.[6] One of his early releases, "Cadillac Boogie" was a direct forerunner of "Rocket 88", itself often called the first rock and roll record. Recordings such as "Tear Drop Blues" (1948) and, later, "I Ain't Drunk" (1954), featuring leading saxophone players such as Maxwell Davis, made him one of the most successful bandleaders in the jump blues period of the late 1940s and early 1950s.

Liggins left Specialty in 1954, recording "I Ain't Drunk" (1954), later covered by Albert Collins, at Aladdin, before fading from the scene. He began his own management and record company Duplex Records in 1958.[5] His wild stage presence and manic delivery influenced Little Richard, Chuck Berry, Bill Haley and Elvis Presley.[6]

This article uses material from the article Jimmy Liggins from the free encyclopedia Wikipedia and it is licensed under the GNU Free Documentation License.