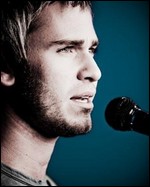 Lifehouse rose to fame when their debut album, No Name Face, was released in 2000.[1] Mike Justin from Interscope Records applauded the band's legacy with hits such as "Falling In" and "Hanging by a Moment"[2] on the Billboard charts.[2]

Wade never had any formal musical training or lessons and taught himself how to play guitar around the age of 14. He and his family traveled and moved internationally as a result of their work as Christian missionaries. He and his family (one elder sister, Jamie) traveled to Japan, Hawaii, Thailand, Singapore, and Hong Kong (where he attended Hong Kong International School), then eventually returned to the U.S. to live in Portland, Oregon. His father worked as a marriage counselor and Wade was home schooled while growing up. Early in his musical life he performed during services for the youth group at Malibu Vineyard church in California. He now resides in California.

Wade's parents divorced when he was 12, and he moved with his mother and sister to Port Orchard, Washington. Around this time he began teaching himself how to play guitar, and began writing his own music and lyrics. Several years later, Jason and his mother relocated to Los Angeles, where he co-founded his first band Lifehouse (originally called Blyss) with his next door neighbor and a friend. Lifehouse has now sold more than 15 million singles and albums worldwide.

This article uses material from the article Jason Wade from the free encyclopedia Wikipedia and it is licensed under the GNU Free Documentation License.