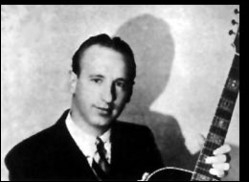 Kress began his career with Paul Whiteman in 1926, and thereafter launched a successful career as a studio guitarist. He played in the late 1920s and 1930s with Bix Beiderbecke, Red Nichols, Eddie Lang, Miff Mole, Frankie Trumbauer, Jimmy and Tommy Dorsey, and Adrian Rollini. He played repeatedly with Dick McDonough as a duo in the 1930s. He later worked with Muggsy Spanier (1944), Pee Wee Russell, Bobby Hackett, and Pearl Bailey. He was also, for a time, a member of the Gordon Jenkins Orchestra alongside Louis Armstrong. His last years were spent playing with George Barnes as a duo. He was also a record producer for Capitol Records in the 1940s, producing among others, the original 1946 version of "The Christmas Song" by The King Cole Trio.

At one point in his career he was a co-owner of the Onyx Club on 52nd Street in New York City. Kress was married to Helen Carroll, a vocalist with The Satisfiers. The group was part of The Chesterfield Supper Club radio show and also appeared on recordings with both Perry Como and Jo Stafford.[1][2][3] Kress had his own orchestra in the 1940s. The band was featured on the Chesterfield Supper Club broadcasts with Jo Stafford.[4][5] He died of a heart attack while on tour in 1965.

This article uses material from the article Carl Kress from the free encyclopedia Wikipedia and it is licensed under the GNU Free Documentation License.