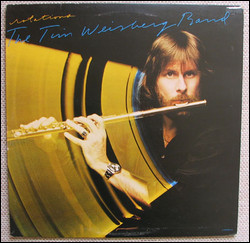 Tim Weisberg (born 1943 in Hollywood, California) is an American jazz/rock fusion flautist, composer, producer, and vocalist. In high school, at his first music class, because his last name was at the end of the alphabet, he was last to pick an instrument. All that was left was the flute and the bassoon. He picked the flute because it was easier to carry, and because the flute section was all girls[1]!

He released two collaborations with American singer-songwriter Dan Fogelberg. Weisberg later sued Fogelberg for alleged breach of contract and fraud relating to the recording of the No Resemblance Whatsoever album.[2][3]

This article uses material from the article Tim Weisberg from the free encyclopedia Wikipedia and it is licensed under the GNU Free Documentation License.