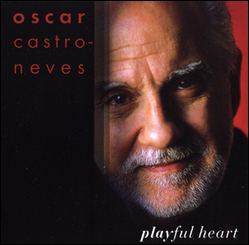 He was born in Rio de Janeiro as one of triplets and formed a band with his brothers in his youth. At 16 he had a national hit with Chora Tua Tristeza. In 1962 he was in a bossa nova concert at Carnegie Hall, and later he toured with Stan Getz and Sérgio Mendes. He went on to work with musicians from different genres, including Billy Eckstine, Yo Yo Ma, Michael Jackson, Barbra Streisand, Stevie Wonder, João Gilberto, Eliane Elias, Lee Ritenour, Airto Moreira, Toots Thielemans, John Klemmer, Carol Welsman and Diane Schuur. During the 1970s and early 1980s he was member of the Paul Winter Consort. With Mendes, Castro-Neves, was a key guitarist in the A&M release "Fool on the Hill" and continued with the classic "Stillness" which was to see the last Brasil '66 grouping. Castro-Neves re-appeared with Sergio Mendes & Brasil 77 on the Vintage '74 album.

He lived in Los Angeles, California where he worked as an orchestrator for several films including Blame it on Rio and Sister Act 2: Back in the Habit.[2] He died of cancer in Los Angeles in September 27, 2013.[3]

With Sérgio Mendes and Pelé (album)

This article uses material from the article Oscar Castro-Neves from the free encyclopedia Wikipedia and it is licensed under the GNU Free Documentation License.