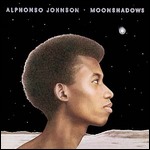 Alphonso Johnson (born February 2, 1951) is an American jazz bassist active since the early 1970s. Johnson was a member of the influential jazz fusion group Weather Report from 1973 to 1975, and has performed and recorded with numerous high-profile rock and jazz acts including Santana, Phil Collins, Bob Weir of the Grateful Dead, and Chet Baker.

Born in Philadelphia, Pennsylvania, Johnson started off as an upright bass player, but switched to the electric bass in his late teens. Beginning his career in the early 1970s, Johnson showed innovation and fluidity on the electric bass. He sessioned with a few jazz musicians before landing a job with Weather Report,[1] taking over for co-founding member Miroslav Vitous. Johnson debuted with Weather Report on the album Mysterious Traveller. He appeared on two more Weather Report albums: Tale Spinnin' (1975) and Black Market (1976) before he left the band to work with drummer Billy Cobham.[1] During 1976-77 he recorded three solo albums as a band leader, for the Epic label, in a fusion-funk vein.

Johnson was one of the first musicians to introduce the Chapman Stick to the public. In 1977 his knowledge of the instrument offered him a rehearsal with Genesis, who were looking for a replacement for guitarist Steve Hackett.[2] Being more of a bassist than a guitarist, Johnson instead recommended his friend ex-Sweetbottom guitarist and fellow session musician Daryl Stuermer, who would go on to remain a member of Genesis's touring band until the 2007 reunion tour.

Johnson was one of two bass players on Phil Collins's first solo album, Face Value, in 1981.

In early 1982, Johnson joined Grateful Dead member Bob Weir's side project Bobby and the Midnites. He would reunite with Weir in 2000, playing bass in place of Phil Lesh on tour with The Other Ones. He has also performed fusion versions of Grateful Dead songs alongside Billy Cobham in the band Jazz Is Dead.

In 1983, he performed on the hit title track from Jeffrey Osborne's Stay with Me Tonight album. He then played in the Latin/rock band Santana in 1985-1989.

In 1996, Johnson played bass on tracks Dance on a Volcano and Fountain of Salmacis on Steve Hackett's Genesis Revisited album.

Since the fall of 2011 he has been working toward a music education degree at the Department of Music at California State University, Northridge. He has an extensive experience as a bass teacher and has conducted bass seminars and clinics in Germany,[3][4][5][6] England, France, Scotland, Ireland, Japan, Switzerland, Australia, Brazil and Argentina.

Johnson serves as an adjunct instructor at the University of Southern California [7] and the California Institute of the Arts.

This article uses material from the article Alphonso Johnson from the free encyclopedia Wikipedia and it is licensed under the GNU Free Documentation License.

Joaquim Malats i Miarons Serenata Española
Update Required To play the media you will need to either update your browser to a recent version or update your Flash plugin.