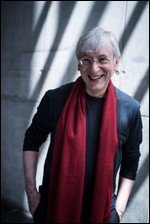 Mario Venzago (born 1948) is a Swiss conductor. His piano studies began at age five. He studied at the conservatory and the university in Zurich. He later studied conducting with Hans Swarowsky in Vienna.

Venzago made his American debut in 1988 at the Hollywood Bowl while he was a conducting fellow at the Los Angeles Philharmonic Institute studying with Leonard Bernstein. He became Music Director of the Indianapolis Symphony Orchestra in 2002.[3][4] His initial contract in Indianapolis was for four years. He renewed his contract in 2005, for one year, and with an "evergreen" agreement for automatic annual renewal, depending on mutual consent.[5] On July 30, 2009, Simon Crookall, the CEO of the Indianapolis Symphony Orchestra, announced that Venzago's contract would not be renewed and that all advertised appearances with the orchestra in 2009-10 had been cancelled as a result of non-renewal.[6] Other work in the USA has included the artistic directorship from 2000-2003 of the Summer Music Fest of the Baltimore Symphony Orchestra.

Venzago and his wife Marianne have two sons, Mario and Gabriel.

This article uses material from the article Mario Venzago from the free encyclopedia Wikipedia and it is licensed under the GNU Free Documentation License.