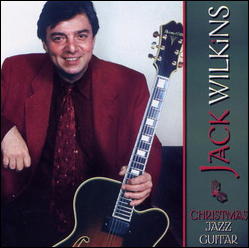 Wilkins was awarded an NEA grant in recognition of his work with the guitar.

Wilkins is a New York City resident; he currently teaches at The New School, New York University, Long Island University, and the Manhattan School of Music.

Wilkins' cover of the Freddie Hubbard standard "Red Clay", from his 1973 album Windows, was sampled by the hip-hop group A Tribe Called Quest on the song Sucka Nigga, on their 1993 album Midnight Marauders and also by Chance the Rapper on the song NaNa, off his 2013 mixtape Acid Rap. His full cover was subsequently included on the 1998 breakbeat compilation Tribe Vibes Volume 2.

This article uses material from the article Jack Wilkins from the free encyclopedia Wikipedia and it is licensed under the GNU Free Documentation License.