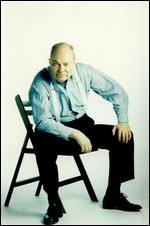 Born in Helsinki, Berglund studied the violin as a child, and played an instrument made by his grandfather.[2] By age 15, he had decided on music as his career, and by 18 was playing in restaurants.

During the Second World War, Berglund worked at the iron factories in Billnäs. Children were moved out of Helsinki during heavy stages of the war. His professional career as a violinist began in 1946, playing the whole summer at the officers' mess (Upseerikasino) in Helsinki. He had already played in dance orchestras in 1945. Formal study took place in Helsinki at the Sibelius Academy, in Vienna and in Salzburg. He was a violinist in the Finnish Radio Symphony Orchestra from 1949-58 in the 1st violin section, unique among the instrumentalists in being accommodated for seating to account for the fact that he played the violin 'left-handed'.

In a radio interview made of the Finnish Broadcasting Company YLE in 2002, Berglund explains how he heard the Vienna Philharmonic Orchestra on their tour in Helsinki with Wilhelm Furtwängler and was very impressed. Shortly after that he left for Vienna to study. He had many friends both in the Vienna Philharmonic and Vienna Radio Symphony orchestras, and could attend rehearsal and recording sessions. One particular recording session he remembers is when he was present one evening when Furtwängler recorded Schumann's Manfred Overture and Smetana's Die Moldau (Vltava) at the Musikverein in Vienna. Another conductor that he was very impressed with was Hans Knappertsbusch.

Berglund's conducting career began in 1949, when he founded his own chamber orchestra. In 1953, Berglund co-founded the Helsinki Chamber Orchestra (partly inspired by the Boyd Neel Orchestra).[3][4]

Berglund attained notoriety as a strict orchestral disciplinarian due to his ruthless rehearsals and dedication to musical perfection. As a conductor Berglund often went beyond the printed score in the music of Jean Sibelius and others to improve on what he believed were weaknesses, especially in orchestration, colour and balance.

Most orchestras he conducted responded well to his no-nonsense approach. He was tireless in studying, preparing and rehearsing. He almost always came to the orchestra with his own materials he had corrected and bowed by his own hand. He would then mark highly detailed instructions on the sheet music of each individual musician.

Berglund would certainly not always agree with composers; he felt comfortable in elaborating any nuances he considered important but which the composers had not highlighted. He believed in details: "I think we have already had our fill of mushy recordings", Berglund noted in an interview by Finnish Music Quarterly (FMQ) in 1999.

In the UK, Berglund led Sibelius Centenary Concerts with the Bournemouth Symphony Orchestra in 1965, and became their principal conductor in 1972, concluding his tenure in Bournemouth in 1979. He significantly raised its performing standards, as can be heard from the many recordings made by it for EMI during this period. He also served as principal guest conductor of the Scottish National Orchestra, from 1981-85.

Berglund resigned from both the Helsinki and Bournemouth orchestras in 1979. More noticed in his native Finland was the fact that he had seemed to give up his dictatorial ways. In 1996, he was quoted as saying, "The rise in the standard of Finnish orchestras has been quite incredible...young musicians play so much better than their predecessors did."

Berglund was a member of the Russian National Orchestra's conductor collegium.[5]

He made his New York debut in 1978 with the American Symphony Orchestra at the Carnegie Hall, in a concert of Shostakovich and Sibelius.[3] From the 1990s he became a regular guest conductor in the New York Philharmonic and the Cleveland Orchestra.[6]

Berglund made over 100 recordings. In an interview for the newspaper Helsingin Sanomat in 2009, he said when asked about his recordings, that the Smetana recording with the Dresden Staatskapelle is probably the best, since this was the best of the orchestras that he made recordings with.

Berglund conducted opera a few times. The most important of his opera projects were Beethoven's Fidelio with Finnish National Opera in Helsinki in 2000 (with Karita Mattila, Matti Salminen, Jaakko Ryhänen) and Nielsen's Maskerade in Copenhagen.

Paavo Berglund told in a radio interview for the conductor Atso Almila, made on occasion for the 75th anniversary in 2002 of the Finnish Radio Symphony Orchestra, that he had the closest relation and friendship of contemporary Finnish composers to Joonas Kokkonen (1921–1996). The collaboration was very strong. He championed his music as much as possible and also helped him during the difficult times in life. He commissioned many of Kokkonen's works.

Berglund was also the first conductor in the early years, alongside Jukka-Pekka Saraste, for the Finnish Chamber Orchestra founded in 1990. The orchestra does not serve as a primary job for anyone, but rather as an instrument to gather top musicians to work together in an exquisite ensemble where art and quality come before routine.

Berglund was particularly associated with the music of Sibelius[7] and he recorded the complete Sibelius symphonies three times.[8]

During the mid-1950s, Jean Sibelius heard Berglund conduct some of the symphonies and the Suite Rakastava, and told Berglund how much he had enjoyed the performances.[3] He met Sibelius at his home Ainola as a member of the delegation of the Radio Orchestra that visited Sibelius. Sibelius asked him whether they were playing any Schönberg. To this Paavo Berglund answered no. This was the whole conversation. Berglund made the first recording of the Kullervo Symphony.[9]

Berglund's source-critical research on the Sibelius Seventh Symphony began in 1957, when he conducted the Seventh with the Helsinki Philharmonic Orchestra, and noticed that they were playing from parts that Sibelius had corrected. He saw that the printed parts had numerous errors. His subsequent research led to the publication of a new edition of the symphony by Hansen in 1980.[10]

In an interview in 1998 with the London Sunday Times, Berglund spoke of his interpretative ideas on the music of Jean Sibelius:

"Sibelius's music is often ruined because it's too strictly accurate. I think maybe musicians like to play like this" – he makes a series of downward vertical gestures – "but it's good to do it like this" – his hands, one above the other, oscillate gently in and out of vertical alignment. "Accuracy against atmosphere: it's not that simple. The early Sibelius conductor Georg Schneevoigt once complained that he couldn't get the details out of Sibelius's scores. Sibelius said that he should simply swim in the gravy."

Berglund sometimes courted controversy with his re-touching of orchestral parts; as he said in a Gramophone interview in October 1978, "Sibelius was a superb orchestrator, but right up to the very end he made strange dynamics which I find I have to change. In the Second Symphony you don't have to alter so much, but funnily enough there is a lot that needs altering in the Seventh Symphony ... My attitude was "werktreu" which in German means roughly 'be true to the work'. But you see, the composers didn't always know; they could have given it more thought. Bruckner, when things were suggested to him by Lowe and Schalk (who were certainly not stupid) told them to go ahead and do it. Maybe he was weak and should have argued sometimes a little bit more, but on the other hand many of their suggestions are fine."[11]

He collaborated with the Chamber Orchestra of Europe in recordings of the complete symphonies of Jean Sibelius[12] and Johannes Brahms.[13] The origin for the Sibelius recordings were made when Berglund conducted the orchestra at the Edinburgh Festival in a complete cycle of the Sibelius symphonies. What was especially notable was using smaller string forces than usual in some of the symphonies. The result was highly praised.

Berglund's early Sibelius interpretations are more dark and heavy. Later on he discovered a new style. While other conductors often go for the big effects in Sibelius, Berglund started to love the clarity that could be achieved with an orchestra of about 50 players.

Berglund was one of the jury members in the 1st International Sibelius Conductors' Competition[14] held in 1995.

Paavo Berglund conducted his last concert in the Pleyel Concert Hall in Paris on 1 June 2007. The orchestra was the French Radio Philharmonic Orchestra. The program included the Brahms Violin Concerto with Christian Tetzlaff as a soloist and Sibelius' Symphony No. 4.

In an interview made on his 80th birthday by the Finnish Broadcasting Company YLE, Berglund said that the playing in the Sibelius was almost perfect Sibelius playing. The concert was recorded by French Radio.

Berglund died on 25 January 2012, aged 82, and was buried in Helsinki on 4 February 2012. He was survived by his wife, Kirsti; son, Juha; daughters, Liisa Kylmänen and Eeva Berglund; and five grandchildren.

The Finnish newspaper Helsingin Sanomat interviewed the conductor Kurt Masur by telephone from Leipzig on occasion of the passing of Berglund. "Paavo was one of my oldest friends. The world has lost one of its greatest conductors, and my thoughts are with his wife Kirsti and his family", said Mr Masur.

In 2005, the Signe and Ane Gyllenberg Foundation bought a violin from Mr Berglund, which was built in 1732 by Carlo Bergonzi (1683–1747). Before him the violin was owned by Isaac Stern. Violin maker Ilkka Vainio has said that the violin is an example of a masterpiece, the best he has personally known. The violin has maintained its original condition, even the lacquer is still mostly intact. According to Petteri Iivonen, who has played the instrument, the violin has a warm sound yet can endure even a rougher style of play. The violin is lent to a musician for three years at a time. The first was Pietari Inkinen who had the violin during years 2005 to 2009.

In spring 2009, the violin was handed over to Petteri Iivonen. The foundation lends the violin by announcing it on the daily newspapers, musical publications and on its website. Interested musicians may apply to enjoy the violin for the said period of time. A knowledgeable jury decides on the musician who will have the violin.

According to the Finnish Broadcasting Company YLE, Berglund's Stradivarius violin was sold by his heirs in 2012 to the Finnish Cultural Foundation for 1.8 million euros. At the same time the performing artist's rights to Berglund's recordings as well as his valuable collection of orchestral sheet music were donated to the foundation. The latter material will be made available to researchers in ten years' time. The violin will be named Stradivarius ex. Berglund. Mr Berglund's son Juha Berglund, the spokesperson for the family, says that his father had several instruments, but the Stradivari was the dearest to him. Mr Berglund's specific wish was that the violin should stay in Finland. The violin was built in around 1700. The violin is in exceptionally good condition for its age.

This article uses material from the article Paavo Berglund from the free encyclopedia Wikipedia and it is licensed under the GNU Free Documentation License.

Saverio Mercadante Rondo aus dem Flötenkonzert e-moll
Update Required To play the media you will need to either update your browser to a recent version or update your Flash plugin.