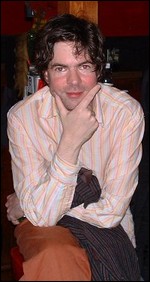 Brion was born in Glen Ridge, New Jersey. He came from a musical family; his mother, LaRue, was an administrative assistant and singer, and his father, Keith Brion, was a band director at Yale.[1] His brother and sister became a composer/arranger and a violinist, respectively. Brion had difficulties at Hamden High School and at the age of 17 left education, opting instead to play music professionally. From 1980-85 Jon was part of the band The Excerpts, along with Stephen Harris, Dean Falcone, Jim Balga, Bobby Butcher & Spike Priggen.[2]

In the early 1980s, Brion and musician/producer Bill Murphy began a writing collaboration in New Haven, Connecticut. They eventually enlisted bassist Don "Riff" Fertman and together formed The Bats, (not to be confused with the New Zealand group of the same name). The Bats released a single, "Popgun" and one album How Pop Can You Get?, on Gustav records in 1982. The recordings had much critical acclaim, but little commercial success, and the trio eventually disbanded.

In 1987, Brion moved to Boston, where he played solo gigs, formed the short-lived band World's Fair and became a member of the last touring version of Aimee Mann's new wave band 'Til Tuesday. He contributed guitar work to Jellyfish's 1993 album Spilt Milk, and in 1994, joined Dan McCarroll, Buddy Judge and ex-Jellyfish guitarist Jason Falkner in the short-lived pop band The Grays. He also provided the signature pedal steel guitar part on The Wallflowers' breakthrough album Bringing Down the Horse. Brion played numerous instruments on Sam Phillips' 1996 release Omnipop (It's Only A Fleshwound Lambchop). Brion is featured as keyboardist and drummer on Marianne Faithfull's 2003 album, Kissin' Time, and co-wrote a song, "City of Quartz", for her next work, 2005's Before the Poison.

After being recognized as an accomplished session player, Brion branched out into production on then-girlfriend Mann's 1993 solo debut, Whatever, and its follow-up, I'm With Stupid. He has also produced albums by Fiona Apple, Rufus Wainwright, Eleni Mandell, Rhett Miller, Robyn Hitchcock, Brad Mehldau and Evan Dando.

In the fall of 2002, Brion began producing the album Extraordinary Machine with Fiona Apple, but she later brought in producers Mike Elizondo and Brian Kehew (a friend of Brion's) to complete the album. Brion's versions leaked onto the Internet, where the album gained a cult following long before its official release.[3]

Brion worked and performed on some of the tracks for Sean Lennon's 2006 album Friendly Fire. Lennon said that working with him was "how I would imagine its like to work with Prince. Its like having a weird alien prodigy in your room."[4]

Brion was signed to the Lava/Atlantic label in 1997, but was released from his contract after turning in his solo debut album Meaningless; the album was released independently in 2001.

He is rumored to be working on his second solo full-length album at Abbey Road Studios.

Brion is an accomplished film composer, having started scoring by frequently working with director Paul Thomas Anderson, with whom he has a preferential working relationship. In addition to scoring many of his films, Brion contributed music to Boogie Nights and had a cameo in the film as a moustached guitar player.

Particularly in his film soundtracks, Brion is noted for his use of early analog sampling instruments, particularly the Chamberlin and Optigan, to create near-realistic emulations of certain instruments.[6]

He has earned Best Score Soundtrack Album Grammy nominations for his work on 1999's Magnolia and 2004's Eternal Sunshine of the Spotless Mind.

Brion was hired at the last minute to write the incidental music for The Break-Up. He has also scored the films and provided original music for I Heart Huckabees, Punch-Drunk Love, Step Brothers (with help of fellow musician Chris Thile), Paranorman and Synecdoche, NY. He also did live composition for a musical commentary on the Step Brothers DVD.

He also did the soundtrack to Disney Pixar's latest short film, The Blue Umbrella, working alongside Sarah Jaffe.

He dated comedic actress Mary Lynn Rajskub for five years until they broke up in the fall of 2002.

In April 2006, recurring tendonitis in Brion's right hand forced him to cancel all of his upcoming Largo shows. As a temporary 'farewell', he played one show only using his left hand, even looping his songs as he normally does and playing the drums with one stick. He is now back to playing at Largo on a regular basis.

Recalling his approach to the Largo shows with Chicago Tribune music editor Lou Carlozo, Brion said: "I taught my hands to follow whatever was coming into my headand wherever my consciousness would go, I had to push my hands to follow. And at some level, you just had to abandon any concern about how youd look. Performing without a set list: That was special."

This article uses material from the article Jon Brion from the free encyclopedia Wikipedia and it is licensed under the GNU Free Documentation License.