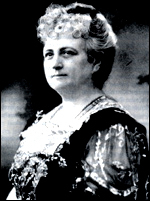 Born into a musical family, Carreño's talent was recognized at an early age. She was at first taught by her father, Manuel Antonio Carreño. In 1862 her family emigrated to New York City. The young girl took a handful of lessons from Louis Moreau Gottschalk.[2] That year, she made her debut at Irving Hall at the age of 8. In 1863 Carreño performed for Abraham Lincoln at the White House.[3] In 1866 Carreño moved to Europe. She had lessons from Georges Mathias (a pupil of Frédéric Chopin) and from Anton Rubinstein. After playing with the keyboard for so long, she started to pursue a career as an opera singer, debuting at New York, in 1876, as Zerlina, in Mozart's Don Giovanni. Her switch over to opera was brief yet successful. She toured Australia, New Zealand and South Africa at least once.[4]

Franz Liszt offered her lessons, but she declined.[5] Carreño did not return to Venezuela until 1885, and then only for a short period. In 1889 she returned to Europe for more touring, settling in Berlin. Her performances earned the sobriquet,"Valkyrie of the Piano." She mounted two world tours in the early years of the twentieth century, but her health gradually deteriorated. She died on June 12, 1917 in her apartment in New York City, aged 63.[1]

She performed several times at Henry Wood's promenade concerts. He wrote: "It is difficult to express adequately what all musicians felt about this great woman who looked like a queen among pianists - and played like a goddess. The instant she walked onto the platform her steady dignity held her audience who watched with riveted attention while she arranged the long train she habitually wore. Her masculine vigour of tone and touch and her marvellous precision on executing octave passages carried everyone completely away."[6]

Teresa Carreño was one of Edward MacDowell's first piano teachers, and became the dedicatee of his Second Concerto.

Teresa Carreño married three times and also had a common-law partnership with the brother of her final husband:

Teresa Carreño was also a composer. One of her first pieces was a waltz, the Gottschalk Waltzshe, published in 1863 and named after one of her piano teachers. She composed at least 40 works for piano, 2 for voice and piano, 2 for choir and orchestra include the Himno a Bolivar, 2 as chamber music and several merengues, incorporating the form as an interlude in some of her pieces (for example, in her piece entitled Un Bal en Rêve). She also left many incomplete works. She wrote a song called Tendeur, which was a "hit" in her time. On April 2, 1905, she recorded 18 pieces for the reproducing piano Welte-Mignon. Her daughter Teresita recorded in 1906 for Welte-Mignon as well.

This article uses material from the article Teresa Carreño from the free encyclopedia Wikipedia and it is licensed under the GNU Free Documentation License.

Giuseppe Martucci Notturno op. 70 Nr. 1
Update Required To play the media you will need to either update your browser to a recent version or update your Flash plugin.