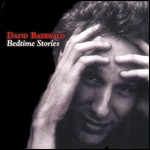 David Baerwald (born on July 11, 1960 in Oxford, Ohio) is an American singer-songwriter, composer, and musician. He has one son, Beker Baerwald, who is a nationally ranked basketball player. He is the son of Hans Baerwald, a political scientist, and Diane Moore, a psychologist. He has two sisters: Andrea, a Braille translator; and Jan, a paralegal.

His songs can be found on 27 million albums sold in the US and Europe.

David Baerwald first came to prominence in 1987 as one half of the duo David & David, with David Ricketts. David and David's sole album, Boomtown, went platinum and stayed on the Billboard album chart for over a year, winning substantial critical acclaim. The duo split up following the success of that album for unexplained reasons.

Following the breakup of David and David, Baerwald focused on writing for others, often under pseudonyms, though he found time to record and release two albums: Bedtime Stories, a romantic album based on tales of suburban ennui and decay; and Triage, an ambitious narrative song-suite about the fringe-dwellers of America's paranoid and disaffected subcultures. Both albums were released to critical acclaim but did not see the commercial success that Boomtown did.

In fall of 1992, with friend and producer Bill Bottrell, he cofounded the Tuesday Night Music Club, which then helped launch the career of Sheryl Crow.

As a lyricist, Baerwald is known for his cold eye, precise language and occasional bursts of romanticism. As a composer, his taste ranges from derivations of the simplest of folk-inspired melodies to instrumental music which is often experimental, cerebral and difficult to categorize, though usually containing a strong melodic line.

Outside of popular music, Baerwald has worked extensively as both a songwriter and instrumental score composer in film and television, including the Golden Globe-nominated song from the Baz Luhrman musical Moulin Rouge! called "Come What May", for which he also won the International Film Music Award, and which has been covered by a wide variety of international artists. He is also a skilled multi-instrumentalist, with a primary focus on stringed instruments.

Recent projects include the ABC shows, "Life Unexpected" and "October Road", and the Showtime series' "Sexual Healing" and "Pleasure For Sale". In 2009 he completed work on the Howard Zinn/Matt Damon/Chris Moore film "The People Speak", for which he also co-produced an album of the same name with long-term associate Tony Berg, featuring new performances from Bob Dylan, Bruce Springsteen, Randy Newman, Pink, Eddie Vedder, Taj Mahal, Jackson Browne, and others.

This article uses material from the article David Baerwald from the free encyclopedia Wikipedia and it is licensed under the GNU Free Documentation License.